Manchester City striker Sergio Aguero was shown a red card for a dangerous two-footed foul on Chelsea defender David Luiz, which led to a bust-up between players 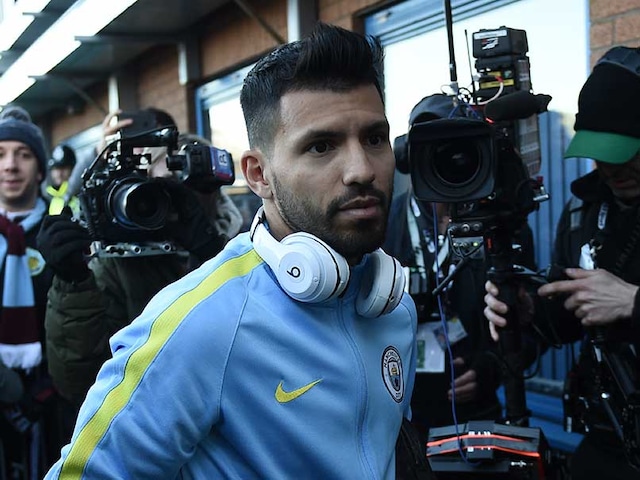 Sergio Aguero has been playing for Manchester City from 2011.© AFP

Sergio Aguero's four-match suspension has been confirmed by the Football Association following his dismissal in Manchester City's loss to Chelsea.

City striker Aguero was shown a red card for a dangerous two-footed foul on Chelsea defender David Luiz, which led to a bust-up between players and coaches from both teams in the final moments of Saturday's Premier League clash at Eastlands.

The Argentina international, who has scored 16 goals this season, will now miss league fixtures against Leicester, Watford, Arsenal and Hull.

Aguero has already missed three games through suspension this term for elbowing West Ham's Winston Reid and his latest absence is a major blow to City's title challenge.

Fernandinho was also sent off for shoving Cesc Fabregas during the incident, with City's Brazilian midfielder banned for three matches, as indicated on the disciplinary pages of the FA website on Monday.

Chelsea won the game 3-1 to move three points clear at the top, but both clubs may face FA disciplinary action for a failure to control their players.

Fabregas' role in Fernandinho's dismissal could also be scrutinised after it appeared he struck the City star in the face, prompting the Brazil international's furious reaction.

Comments
Topics mentioned in this article
Manchester City Sergio Agüero Football
Get the latest Cricket news, check out the India cricket schedule, Cricket live score . Like us on Facebook or follow us on Twitter for more sports updates. You can also download the NDTV Cricket app for Android or iOS.