Images and videos of Neymar's birthday bash are taking the Internet by storm. 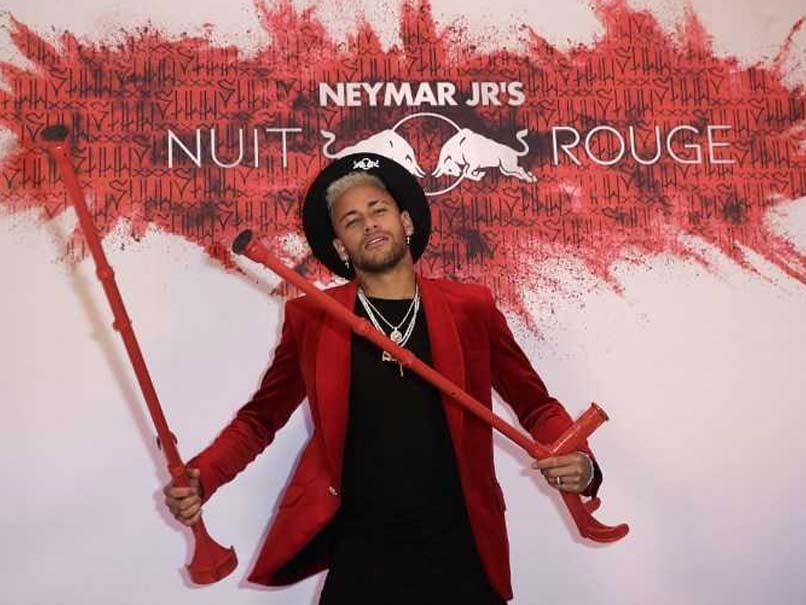 Neymar is out for 10 weeks due to a metatarsal injury.© AFP

Neymar turned 27 on Tuesday, and there was no stopping the Brazilian star from partying despite his metatarsal injury giving him sleepless nights. The Paris Saint-Germain star, who has been ruled out for 10 weeks, partied with Dani Alves, Kylian Mbappe despite being on crutches. Dressed in red, Neymar left no stone unturned in welcoming the new year. The party went beyond that as the Internet decided to join in. Here's how fans are going bonkers on the Internet. FYI, Neymar shares his birthday with another football sensation, Cristiano Ronaldo.

Neymar Jr at his birthday party with Dani Alves and Kylian Mbappé pic.twitter.com/8X09ASbwfm

Neymar will not undergo an operation, with PSG saying the Brazilian had instead agreed on "a conservative treatment" that could see him return in time for the Champions League quarter-finals in April should they qualify.

"After detailed analysis by specialists, a consensus was reached of a conservative treatment of Neymar's injury to the fifth right metatarsal," the French champions said. "Informed of this recommendation, Paris Saint-Germain's Brazilian international striker agreed with this protocol. As a result, Neymar is expected to return to the field within 10 weeks."

Neymar suffered the injury in PSG's 2-0 French Cup win against Strasbourg last week, and his coach Thomas Tuchel had already all but ruled the 222 million-euro ($264m) forward out of the first leg against United at Old Trafford on February 12. The second leg of that tie is scheduled for March 6, and the timeline announced by the club means he could just make it back in time for a quarter-final first leg, due to be played on April 9 and 10. The second legs are set for the following week.

Paris SG Neymar Dani Alves Kylian Mbappe Football
Get the latest updates on IPL Auction 2023 and check out  IPL 2023 and Live Cricket Score. Like us on Facebook or follow us on Twitter for more sports updates. You can also download the NDTV Cricket app for Android or iOS.