Czech coach Jaroslav Silhavy will be absent from the team's match against Scotland in the Nations League as he has tested positive for COVID-19. 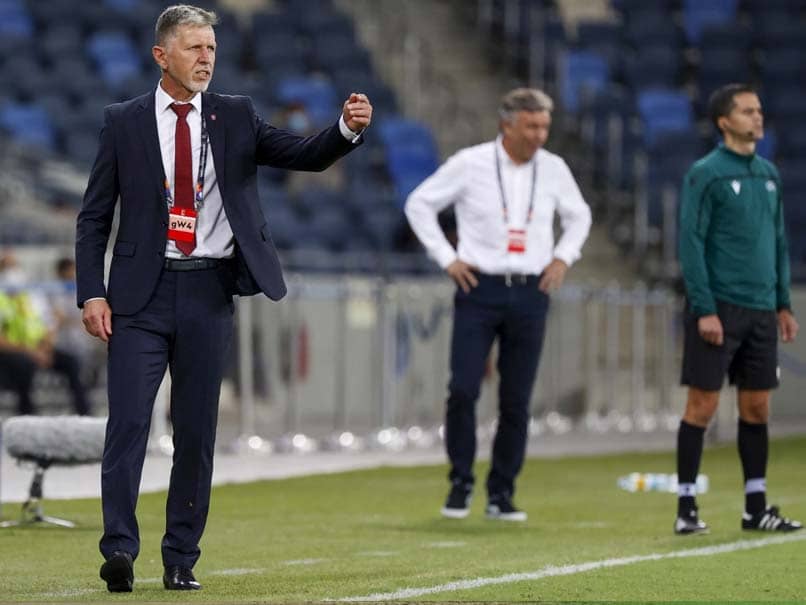 Jaroslav Silhavy is asymptomatic after testing positive for COVID-19.© AFP

Czech coach Jaroslav Silhavy will once again miss his team's Nations League clash with Scotland as he has tested positive for Covid-19, the Czech FA said Monday. "Unfortunately, the trip to Scotland will not concern... one player and head coach Jaroslav Silhavy, who have tested positive," the FA said in a statement. It added the rest of the team would travel to Scotland on Tuesday. The game at Hampden is due on Wednesday evening. Silhavy, who has no symptoms of the disease, already missed the Czech Republic's home clash with Scotland in early September over a virus scare.

The Czechs lost 2-1 after calling up a reserve squad comprising 21 newcomers as their entire first-choice squad and coaching staff had been released following two positive tests among the team staff.

Scotland, who lead the League B Group 2 a point ahead of the Czechs, will be looking to extend their unbeaten run to seven games after having beaten Slovakia 1-0 on Sunday.

The Czechs beat Israel 2-1 at Haifa on Sunday.

Scotland Football
Get the latest updates on IPL 2020, check out the IPL Schedule for 2020 and Indian Premier League (IPL) Cricket live score . Like us on Facebook or follow us on Twitter for more sports updates. You can also download the NDTV Cricket app for Android or iOS.