The shocking development comes barely two days before the start of the Super Cup. 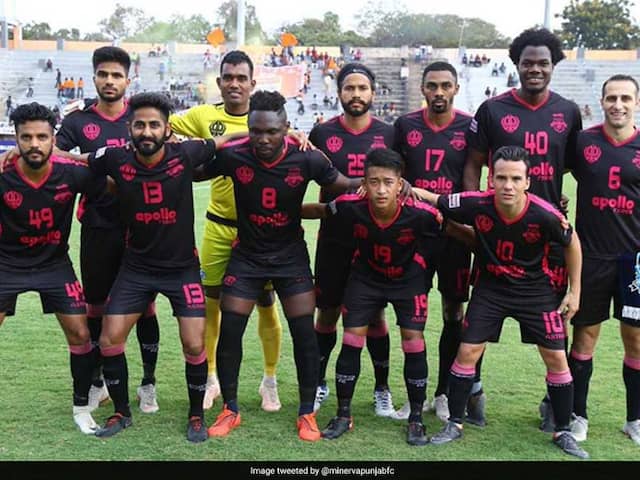 Minerva Punjab FC claimed they have pulled out of the upcoming Super Cup.© Twitter

Minerva Punjab FC Tuesday claimed they have pulled out of the upcoming Super Cup along with seven other I-League teams, citing unfair treatment to the clubs by the All India Football Federation. The shocking development comes barely two days before the start of the Super Cup and could well throw the schedule into disarray. Former champions Minerva Punjab finished 10th in the just-concluded 2018-19 season of the league.

"Minerva's withdrawal is in unison with the united withdrawal of all I-league clubs (barring Shillong Lajong, Churchill Brothers, Real Kashmir, and Indian Arrows) from the Super cup due to reasons mentioned in identical letters sent by all clubs to All India Football Federation (AIFF) general secretary, Kushal Das today," Minerva Punjab said in a statement.

Mohun Bagan secretary Srinjoy Bose was not forthcoming when PTI contacted him but dropped a broad hint at withdrawal from the tournament when he said, "We all are united in this fight, this much I can say, rest you will see tomorrow.

The Super Cup is scheduled to be held in Bhubaneswar, with the Qualifiers starting from March 15.

The final is slated for April 13. Minerva Punjab pointed out that the I-League clubs are being neglected in all aspects by the country's football federation.

Eight I-League clubs had written a letter to the AIFF in February this year regarding multiple concerns such as the future of the league but they claimed they were "yet to hear back" from the federation.

The former champions also highlighted how the AIFF has "not provided any financial assistance to the participating teams" despite having a title sponsor for the event.

With no AFC competitions also on offer, the club felt the competition lacked any incentive for the teams.

The Super Cup is a knockout tournament hosted by the AIFF where I-League teams lock horns against the Indian Super League teams.

It is India's main club knockout tournament and Minerva was scheduled to play the qualifying round against FC Pune City on the March 15.

The club said it will "now wait for a response from the AIFF" before making the next move.

Minerva Punjab FC finished 10th in the I-League standings with 17 points from 19 games though they are scheduled to play a rematch against third-placed Real Kashmir, the date of which is yet to be finalised, after refusing to travel to Srinagar for not getting security assurances in writing in the wake of the Pulwama terror attack.