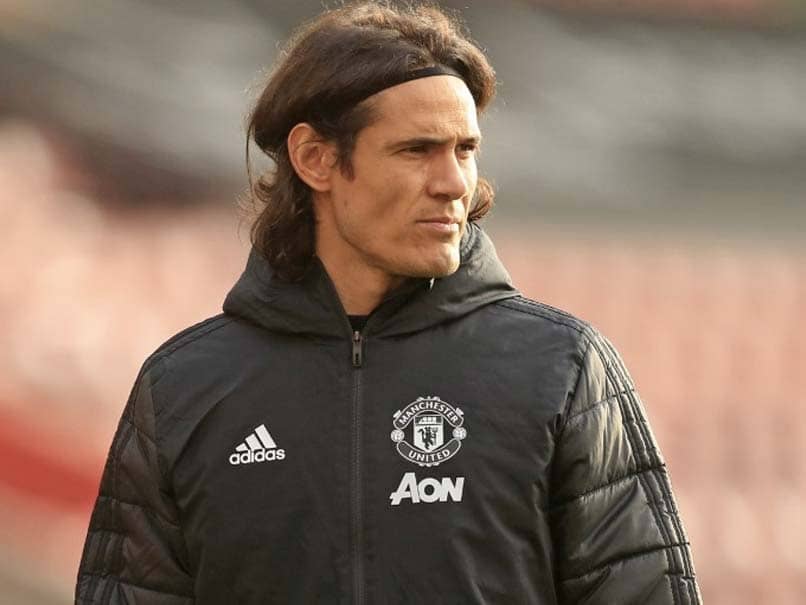 Manchester United will be without forwards Edinson Cavani and Anthony Martial for their crunch Champions League clash at RB Leipzig on Tuesday. After losing 3-1 at home to Paris Saint-Germain last week, Ole Gunnar Solskjaer's side head into their final Group H game level on nine points with the French champions and their German opponents. United will qualify if they avoid defeat to Leipzig, where the Red Devils will be without attackers Cavani and Martial after they sustained knocks in Saturday's 3-1 comeback win at West Ham.

"David (De Gea) is back in travelling, Luke (Shaw) is travelling," said Solskjaer, who is without Fred through suspension.

"Edinson and Anthony they've only minor niggles but they won't be making the trip."

United team looked certain to ease out of the group phase after an impressive win at Paris Saint-Germain followed by a 5-0 hammering of RB Leipzig at home.

But a shock defeat away to Istanbul Basaksehir threw the group wide open.

There is a huge pressure on United heading into Tuesday's match but Solskjaer is confident the players will rise to the occasion.

"Knockout games or games like this that mean you can go through or not are big," he said.

"The players are here, they are Man United players, because they have qualities that we've looked for and I'm sure that tomorrow night will prove that's the reason why they're here, they will show it.

"I think the character of the group is getting better and better and we're looking forward to the game."

United, who last won the Champions League in 2008, can take heart from their striking away form this season, with the exception of their ill-fated trip to Turkey.

The three-time European champions have won all five of their Premier League away games, taking their total of consecutive league wins on the road to a club-record nine.

"It's something that we want, games like this," said Solskjaer. "It's a tradition for Man United -- we never make it easy for ourselves.

"Of course we look at the games, especially the away game against Istanbul (Basaksehir) that we could have got three points, but that's just the way we do things.

"We do make it hard for ourselves. That's been ever since I played and that's a long, long time ago."

RB Leipzig Edinson Cavani Anthony Martial Football
Get the latest updates on IPL 2021, IPL Points Table , IPL Schedule 2021 , live score . Like us on Facebook or follow us on Twitter for more sports updates. You can also download the NDTV Cricket app for Android or iOS.