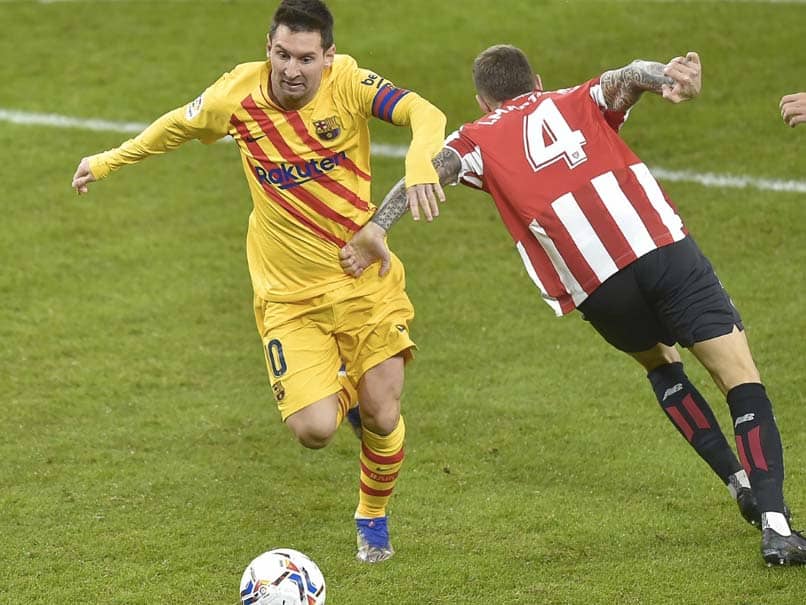 Ronald Koeman said Barcelona can still win La Liga after Lionel Messi scored twice on Wednesday in a 3-2 win over Athletic Bilbao. Messi's double helped Barca reduce the gap behind La Liga's leaders Atletico Madrid to seven points, even if Atletico will be hard to catch, given they also have two games in hand. Koeman admitted last week it would be "very difficult" to close the gap but was more optimistic after the victory at San Mames. "There is always a chance," he said. "The season is very long and you can have ups and downs. It may be that one team that is doing very well will later find it difficult."

Barca trailed to an early Inaki Williams strike but responded with a slick attacking performance that had Messi at the heart of it.

It was his cross that led to Pedri's equaliser and then the Argentinian could have had a hat-trick, only for VAR and the woodwork to intervene.

But this was a vintage display from the 33-year-old, perhaps his best of the season so far, at a time when his future at Barcelona remains up in the air.

Only a late mistake took some of the shine off Messi's night, a poor pass allowing Iker Muniain to finish and make the result look closer than it was.

Bilbao had scored in the third minute and the 90th, each time exposing Barcelona's defensive frailties that remain unsolved.

Yet in between, Koeman's team were able to dictate the match and demonstrate why going forward they are still a force to be reckoned with.

"The team is growing, playing with more confidence," said Koeman. "Sometimes we look close to our best."

Pedri was excellent again, his sumptuous backheel for Messi's first goal another indication of the 18-year-old's talent and his understanding with his captain.

Ousmane Dembele, meanwhile, enjoyed one of those virtuouso nights where his speed, invention and confidence made him look every bit like one of the world's most exciting players.

"Everything starts with the player himself," said Koeman. "He gives us a lot."

Bilbao were playing their first game under new coach Marcelino Garcia Toral, who led Valencia to win the last completed Copa del Rey by beating Barca in the final.

He was springing off the bench and clenching his fists in the third minute after Williams raced in behind, touching inside the scrambling Clement Lenglet before driving home.

But Barcelona were invigorated.

Sergino Dest should have scored after a neat exchange between Messi and Antoine Griezmann before Pedri did, Messi's looping cross to the back post cushioned back across for Pedri to nod in.

Dembele was almost unplayable, drifting inside one minute and darting forward the next but it was Pedri's vision that created Barca's second.

Messi sent him through, the youngster cutting inside before seeing Messi behind him.

Pedri backheeled, wrongfooting the Bilbao defence and goalkeeper, with Messi sliding in the finish.

Griezmann was denied after more good work by Dembele while Messi had a goal ruled out and then nicked the crossbar with a curling effort from distance.

Bilbao were still in it and might have equalised early in the second half, with the lively Williams and Raul Garcia both going close.

Yet their hopes were dashed just after the hour when Messi struck again. He sent the ball wide to Griezmann via Pedri and when the pass came to the near post Messi was there to stroke in off the crossbar.

Messi could have had his hat-trick but hit the post again when Dembele's cross was dummied by Griezmann before a misplaced Messi pass allowed Muniain to pull one back for Bilbao. It was Messi's first mistake of the night.