Luis Suarez struck a 90th-minute winner for Atletico Madrid as they defeated 10-man Alaves 2-1 on Sunday to move back above Real Madrid at the top of La Liga. 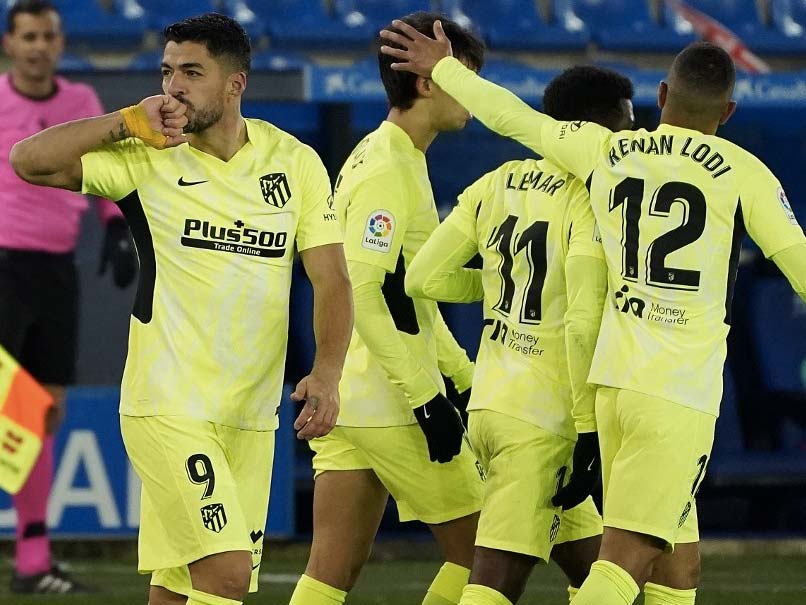 Luis Suarez struck a 90th-minute winner for Atletico Madridas they defeated 10-man Alaves 2-1 on Sunday to move back above Real Madrid at the top of La Liga. Marcos Llorente gave Atletico the lead at Mendizorroza shortly before half-time with a deflected strike from just outside the area.

Diego Simeone's side appeared to have the game under control when Alaves defender Victor Laguardia was sent off on the hour following a VAR review for chopping down Thomas Lemar as the Frenchman ran towards goal.

Florian Lejeune headed against the post for Alaves before a spectacular own goal on 84 minutes from Felipe threatened to cost Atletico two vital points, the Brazilian centre-back drilling beyond Jan Oblak as he attempted to hack clear an attempted cross.

However, Suarez secured Atletico's fourth consecutive win in the final minute as the Uruguayan tapped in from close range after the ball was slotted across goal by substitute Joao Felix.

Atletico climbed two points clear of Real Madrid and have two games in hand on the defending champions.

Barcelonaare lingering 13 points adrift ahead of their trip to bottom side Huesca later on Sunday. Lionel Messiis expected to return after missing the 1-1 home draw against Eibar in midweek.