La Liga: Real Madrid failed to end their year with a win after 1-1 draw at Elche, while Atletico Madrid beat Getafe 1-0 to extend their lead at the top. 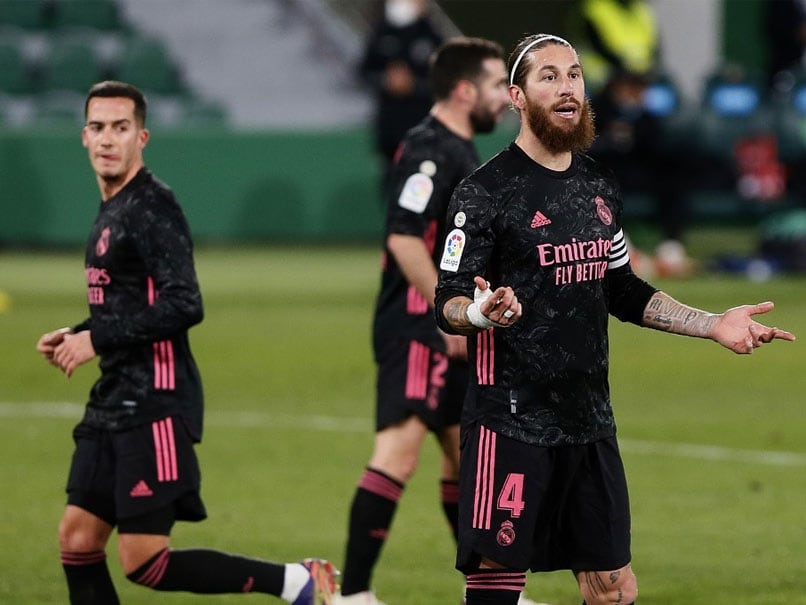 Atletico Madrid extended their lead at the top of La Liga on Wednesday after Luis Suarez fired them to a 1-0 win over Getafe while Real Madrid could only draw 1-1 at Elche. Suarez struck in the 20th minute with a superb header from Yannick Carrasco's cross to move Diego Simeone's Atletico up to 35 points, two ahead of local rivals Madrid after they were pegged back by a Fidel Chaves penalty following Luka Modric's early opener.

Real Sociedad, Sevilla and Villarreal are all a further seven points back, with Barcelona 10 behind Atletico in sixth after their 1-1 draw with Eibar on Tuesday.

Atletico have also played two fewer matches than reigning champions Madrid after a scrappy win emblematic of Simeone's reign on his 500th match as club coach.

"When I got on the plane to come here I thought that when I left the club (as a player) that I always wanted to come back," said Simeone, who is in his 10th year as Atletico coach.

"I found men (Koke, Saul Niguez) who wanted to get the club out of the bad patch it was in, and I have a relationship with them that goes beyond football."

Uruguay forward Suarez's eighth goal of the season was a good as it got for Atletico, who despite fielding a strong line-up did not impress in a match of little incident at the Wanda Metropolitano.

However Atletico's third straight win keeps them top of the pile after a fraught last few days in which Diego Costa was allowed to leave and Kieran Trippier was banned until the end of February for betting breaches.

Zinedine Zidane's Madrid knew that whatever happened in the late fixture they would trail Atletico going into the new year, but they looked on course for a routine win at struggling Elche when Modric opened the scoring in the 20th minute.

Croatian Modric pounced to place a perfect header in the top corner after Marco Asensio's long range shot thumped back out off the bar, the second time Madrid had hit the woodwork in the early minutes.

The away side thought they had a penalty nine minutes before the break when referee Jorge Figueroa Vazquez pointed to the spot for what he thought was an Ivan Marcone handball, but the awarding was cancelled following a VAR check.

Elche then got a spot-kick of their own five minutes into the second half when Dani Carvajal was caught tearing at Antonio Barragan's shirt, with Fidel stepping up to stroke home the leveller.

Lucas Boye then hit the post for the hosts before home keeper Edgar Badia made two superb stops deny Carvajal and Sergio Ramos as Madrid pushed for a win that would have kept them level on points with their capital city rivals.

"When I look at how we played in the first half, I tell myself it's two points dropped," said Zidane.

"Plenty of teams will drop points. It's a hard season, and we still have plenty of matches left."

Earlier Granada moved to within two points of the Champions League places after beating Valencia 2-1 in a feisty match where three players were sent off in six second-half minutes.

Valencia's seventh league defeat of the season leaves them level on 15 points with Real Valladolid, who are third-from-bottom in the relegation zone.

Javi Gracia's side haven't won a La Liga match in their last seven attempts and had their task made harder when Jason and Goncalo Guedes were sent off within three minutes of each other midway through the second half.

Granada's Domingos Duarte was then shown a straight red card three minutes later after he cynically hacked down Manu Vallejo as he attempted to burst through on goal with the scores still level.

Molina punished the beleaguered away side by thumping home Alberto Soro's cross.

Sergio Ramos Football
Get the latest updates on SA vs IND 2021-22, check out the Schedule and Live Score . Like us on Facebook or follow us on Twitter for more sports updates. You can also download the NDTV Cricket app for Android or iOS.