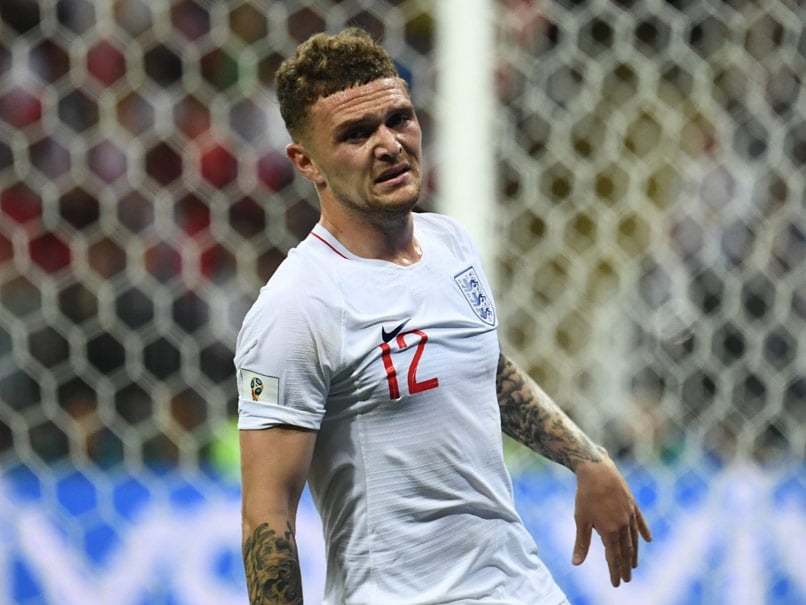 The suspension will rule Kieran Trippier out of at least 14 matches for Atletico Madrid.© AFP

England international Kieran Trippier has been banned for 10 weeks and fined 70,000 pounds for breaching betting rules, the Football Association (FA) announced on Wednesday. The 30-year-old Atletico Madrid defender's worldwide ban from all football and football-related activity will run until February 28. Trippier's ban takes force with immediate effect. The former Tottenham Hotspur star -- who was one of England's standout performers in their run to the 2018 World Cup semi-finals -- denied the seven charges. However, the FA said four of the alleged breaches had been proven with three others dismissed.

"The Atletico Madrid defender denied seven alleged breaches of FA rule E8(1)(b), which were said to occur during July 2019, and requested a personal hearing," said an FA spokesperson.

"An independent regulatory commission was appointed to hear the case, with four of the alleged breaches found proven and three dismissed during a subsequent personal hearing (in October)."

"The independent regulatory commission's written reasons for its decisions and the associated sanction will be published in due course."

The suspension will rule Trippier out of at least 14 matches for Spanish La Liga leaders Atletico, according to their website, including the first leg of their Champions League last-16 clash with Chelsea on February 23.

He will be available for the Madrid derby on March 7.

The offences took place in July 2019 around the time he completed his move from Tottenham to Atletico for a fee in the region of 20 million pounds.