Luis Suarez scored twice from close range in a 3-1 victory for Atletico Madrid against Elche on Saturday to move Diego Simeone's side three points clear at the top of La Liga. 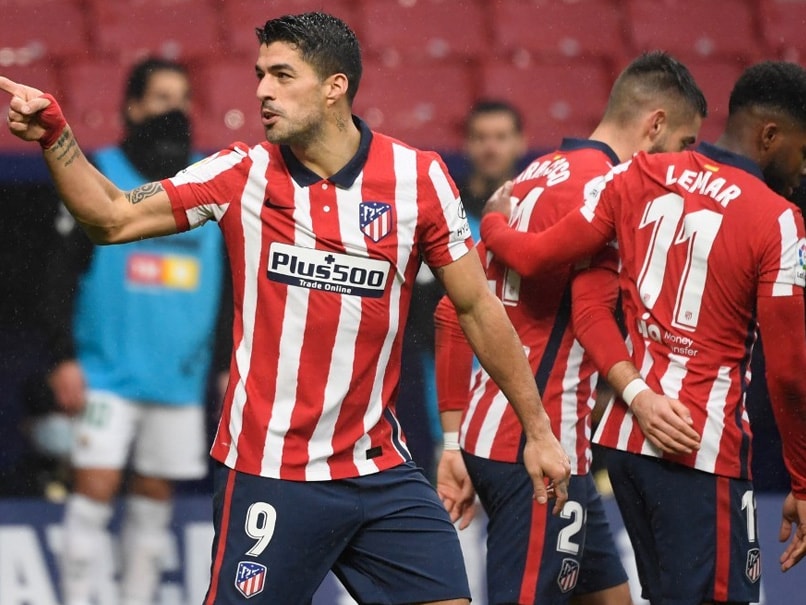 Luis Suarez scored a braced against Elche on Saturday.© AFP

Luis Suarez scored twice from close range in a 3-1 victory for Atletico Madridagainst Elche on Saturday to move Diego Simeone's side three points clear at the top of La Liga. In a tight first half at the Wanda Metropolitano, Atletico wasted a clear chance to take the lead when France forward Thomas Lemar drove the ball straight at Elche 'keeper Edgar Badia as the defence opened up. Suarez was far more clinical in the 41st minute as the Uruguay forward got the slightest of touches to steer Kieran Trippier's cross past Badia to take the lead. The former Barcelona and Liverpool attacker then stretched to poke the lively Yannick Carrasco's pass into the net in the 58th minute.

Lucas Boye's powerful header gave Elche hope in the second half but substitute Diego Costa, who has not hidden his frustration at being relegated to the bench since Suarez's arrival, fired in a penalty with ten minutes remaining to wrap up the three points for Atletico.

"I'm very happy to be able to play again," Costa told Movistar after the game.

"I have taken some hard blows but I always pick myself up again. It's hasn't been easy but I have enough strength to fight."