Barcelona ended a difficult year with another disappointing result as they were held 1-1 at home by struggling Eibar on Tuesday. 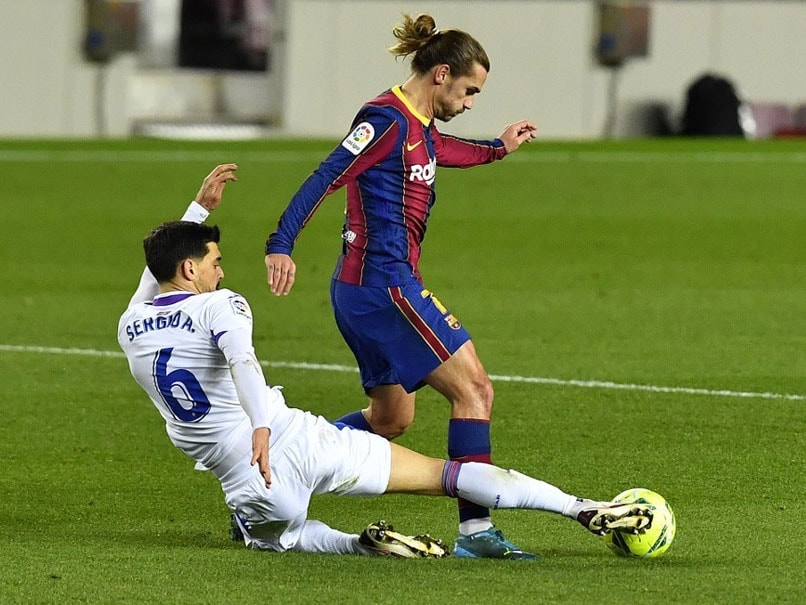 Barcelona ended a difficult year with another disappointing result as they were held 1-1 at home by struggling Eibar on Tuesday. The result left Barcelona in sixth place in La Liga, seven points behind Atletico Madrid who have played two fewer matches. "We have to be realistic," said Barcelona manager Ronald Koeman. "The league is very complicated. In life nothing is impossible, but you have to recognise the points gap to a team like Atletico, which seems to give very little away." The six-time Ballon d'Or winner Lionel Messi is nursing an ankle injury and watched from the stands.

In his absence Martin Braithwaite took an eighth minute penalty kick, and missed. The Dane did put the ball in the net in the 25th minute but the strike was disallowed.

"I take responsibility," said Araujo. "I didn't notice that the forward was so close."

"It's a pity, we wanted to win and we played well"

Ousmane Dembele levelled 10 minutes later with a right foot shot but Barcelona could not find the winning goal.

"We were missing Leo, of course," said Koeman, before asking: "How is it possible that we didn't win this match?"

"We created chances, we missed a penalty, and we gave away a goal, the only shot on target they had?"

Barcelona have struggled with injuries this season and lost Philippe Coutinho who limped off in added time.

"He said he was feeling pain in his left knee," said Koeman. "We need to do more tests to find out exactly what's wrong with him".

In the other early game, Lucas Ocampo converted an early penalty and Youssef En-Neyri added a second after the break as Sevilla beat visiting Villarreal 2-0. Sevilla moved onto a tie for third with Real Sociedad and Villarreal.

Barcelona Eibar Ousmane Dembele Football
Get the latest updates on Fifa Worldcup 2022 and check out  Fifa World Cup Schedule, Stats and Live Cricket Score. Like us on Facebook or follow us on Twitter for more sports updates. You can also download the NDTV Cricket app for Android or iOS.