Joan Laporta is one of nine candidates to replace Josep Maria Bartomeu, who resigned in October. 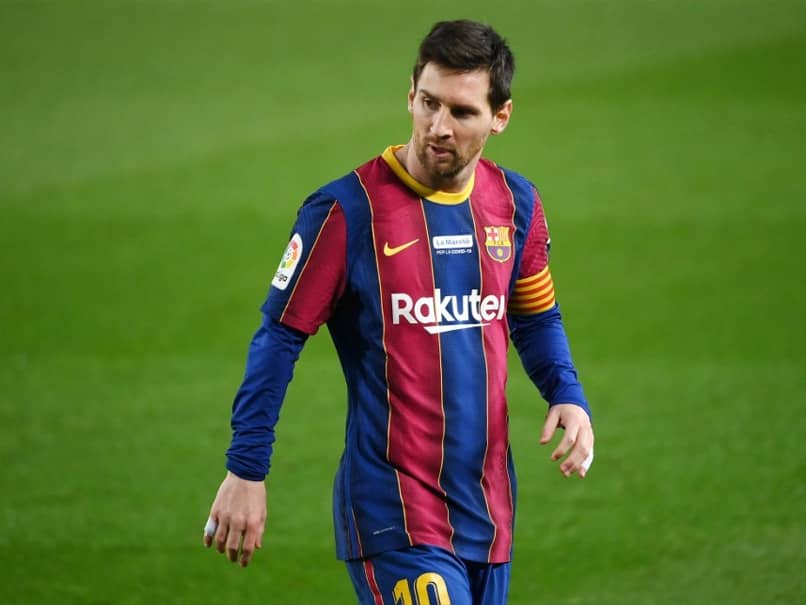 Lionel Messi had said this would be his last season at FC Barcelona.© AFP

Barcelona presidential candidate Joan Laporta said there was still time to make "a convincing proposal" to Lionel Messi, whose contract with the club expires in June. "He said he would wait until the end of the season and that gives us time to submit a convincing proposal to him," said Laporta, who is running to regain the position he held from 2003 to 2010. Messi has been free to negotiate with other clubs since Friday. But, as Laporta pointed out, the Barcelona star said in an interview on Spanish television on December 27 that he had "decided nothing" about his future.

"I don't know yet," Messi said. "I'm focused. I'm not thinking about how the season is going to end."

Messi has spent his entire career at Barcelona and made his first-team debut during Laporta's first presidency.

Laporta called Messi's wait-and-see approach "positive", although the Argentine star said in the interview that "the club is going through a difficult time" and that it would be "complicated to bring it back to the level it was at".

Tired of a club in perpetual crisis with three coaches in the space of a year and disappointing results, such as the humiliating 8-2 defeat to Bayern Munich in the Champions League in August, Messi asked to leave the club at the end of last season before changing his mind.

Laporta is one of nine candidates to replace Josep Maria Bartomeu, who resigned in October three months before his presidential term was due to end. The vote is on January 24.

Laporta said his experience gives him an "advantage".

"I have credibility with Leo," Laporta said. "He has always told me that everything I promised him has come true. He knows that if I give my word, I keep it."

Among his opponents for the Barca presidency are Emili Rousaud and Toni Freixa, former members of the club's board of directors, Jordi Farre, the promoter of the motion of censure that pushed Bartomeu towards the exit, and Victor Font, who is standing alongside former Catalan playmaker Xavi Hernandez.