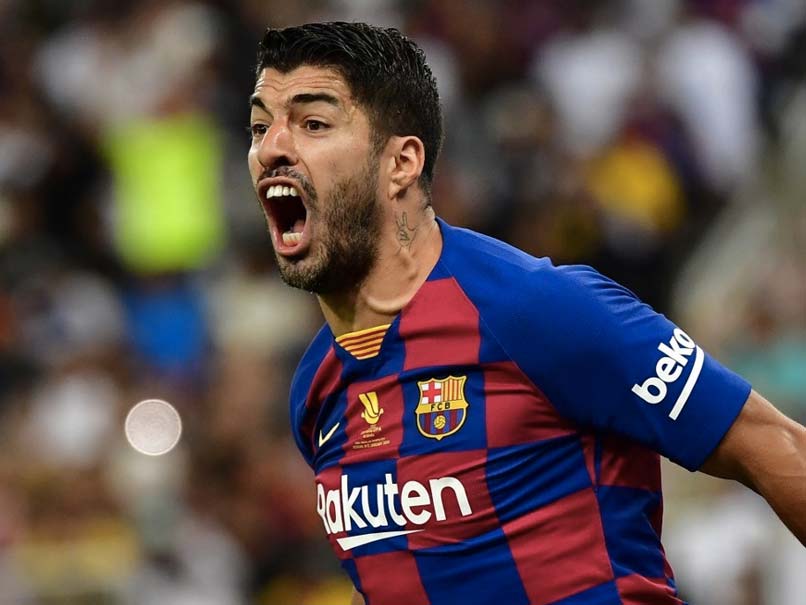 The exam was a first step needed for Luis Suarez ahead of a possible transfer from Barcelona to Juventus.© AFP

Juventus insisted on Sunday that they had done 'nothing wrong' after an investigation was opened into possible fraud concerning an Italian exam taken by former transfer target Luis Suarez. The exam was a first step required for 33-year-old Suarez to receive a passport ahead of a possible transfer from Barcelona to Juventus, a move which was subsequently abandoned with the forward signing for Atletico Madrid. "We did nothing wrong. We checked the possibility of Suarez freeing himself from Barcelona, we made all the necessary checks and acted in full transparency and in accordance with the rules," Juventus' Chief Football Officer Fabio Paratici told Sky Sport Italia.

"We are completely serene," he added concerning the probe into Suarez's exam, which was taken in Perugia on September 17.

Suarez is suspected of having cheated, with the complicity of his teachers, to pass the exam.

The Italian champions would not have been able to recruit Suarez otherwise because they had already reached their quota for non-EU players.

Suarez, meanwhile, scored two and set up another in a sensational 20-minute debut for Atletico Madrid on Sunday as his new team started their La Liga season with a thumping 6-1 victory over Granada.