Juventus are looking for a replacement for Argentinian Gonzalo Higuain who has left for David Beckham's MLS side Inter Miami. 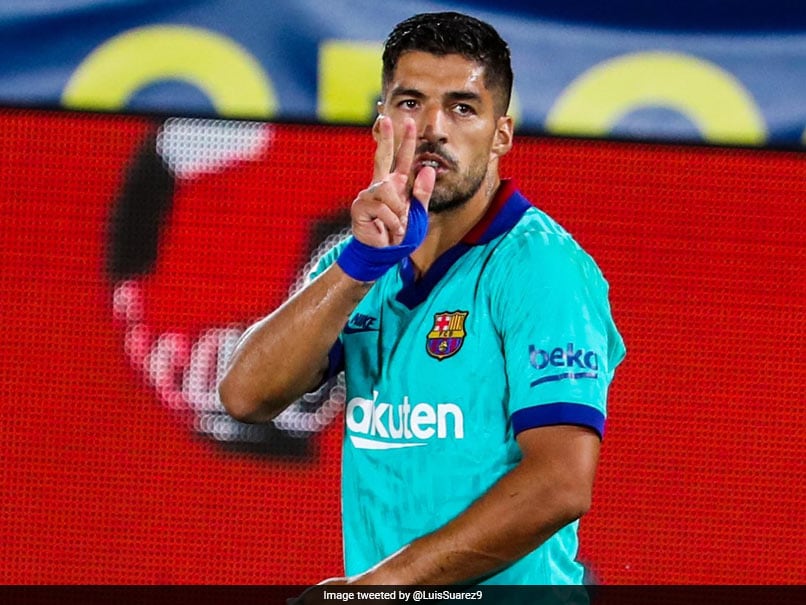 Luis Suarez arrived in Italy on Thursday to pass his Italian language test required for a passport.© Twitter

Andrea Pirlo said on Saturday that Barcelona striker Luis Suarez's move to Juventus was unlikely to go ahead because of delays in the Uruguayan's bid to get an Italian passport. "Suarez? It is difficult given the time factor, it is complicated for him to be the Juve centre forward," Pirlo told a press conference before Juventus open their campaign against Sampdoria on Sunday. Former Liverpool forward Suarez, 33, arrived in Italy on Thursday to pass his Italian language test required to receive a passport, according to media reports.

Juve cannot recruit him because they have already reached their quota for non-EU players.

And bureaucratic delays mean he may not receive it before the transfer window in Italy shuts on October 5.

Juventus are looking for a replacement for Argentinian Gonzalo Higuain who has left for David Beckham's MLS side Inter Miami after being told by Pirlo his time in Turin was up.

"We are all waiting for the number nine but things take a long time in the market. But we are in no hurry," continued Pirlo.

Juventus have also been targeting Bosnian Edin Dzeko, who will play with Roma in Hellas Verona on Saturday.

Juve start with Cristiano Ronaldo and Dejan Kulusevski up front in a 4-4-2 lineup against Claudio Ranieri's Sampdoria.

Pirlo warned he had "no doubts, but many certainties" before his debut season which he hopes will reap a 10th consecutive league title.

"I am at Juventus, a team of champions," said the former Italy and Juventus star.

"There are those who speak well of me and those who have their doubts but nothing changes for me. I am sure of what I'm doing."

Pirlo was appointed after Maurizio Sarri was sacked after just one season, after the team's Champions League last 16 exit.

"I'm not here to show differences from the past year," he said.

"I have my ideas, which in certain situations are also similar to Sarri's, even if they are two different cultures."

"I carry on with my idea of football, aggressive, with mastery of the game."

"With Sampdoria, I know it will be difficult, it was an abnormal pre-season for everyone. And we all start from scratch."

Barcelona Football
Get the latest updates on T20 World Cup, check out the T20 World Cup Schedule and Live Score . Like us on Facebook or follow us on Twitter for more sports updates. You can also download the NDTV Cricket app for Android or iOS.