Istanbul was supposed to host its second Champions League final on Saturday but that was before the coronavirus pandemic wreaked worldwide havoc. 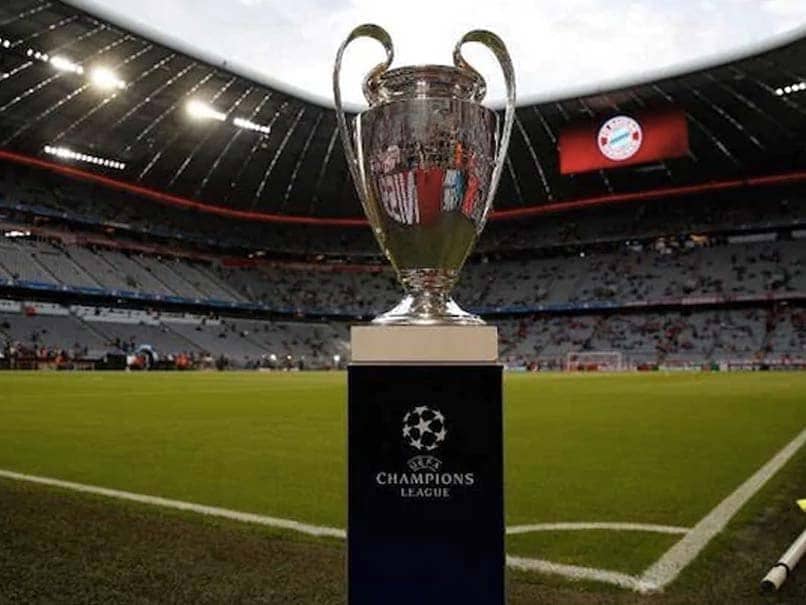 Fifteen years after the "Miracle of Istanbul" that cemented Steven Gerrard's status as a Liverpool legend, the Turkish metropolis was supposed to host its second Champions League final on Saturday. But that was before the coronavirus pandemic wreaked worldwide havoc. On March 23, UEFA suspended Champions League matches until further notice as Europe's football competitions were hit hard by the virus. Although no date has been announced for the resumption of games, the Turkish Football Federation (TFF) hopes the final will be played in August -- the month when Istanbul is usually sunk into the hot and humid summer torpor.

In the meantime, Turkish fans are eagerly waiting, hoping that the Istanbul final will be played.

Atakan Bodan, a member of the ultrAslan, Istanbul giants Galatasaray's main fan group, feels the suspension of the top football leagues has "robbed him of joy in his life".

"I'm holding out with the Bundesliga and a few matches in the Belarusian championship, (but) I want the Champions League to resume," he said.

"It would of course be a source of pride to host a new final in Istanbul," Bodan said. "(Istanbul) is a city of football, we are passionate."

All football fans remember the 2005 Champions League final in Istanbul and Liverpool's stunning comeback and penalty shoot-out victory over AC Milan after trailing 3-0 by half-time.

The final of the 2020 edition was set to be held on Saturday at the same venue, the Ataturk Olympic Stadium.

Today, the uncertainty reigns not only over the date of a possible resumption of the Champions League, suspended during the last 16, but also on the rest of the competition as speculation abounds whether will it return as normal, if there will be no return legs, or even if a "Final four" tournament will be staged.

"Whatever the scenario -- final or mini-tournament -- we are ready," said the TFF, highlighting Turkey's infrastructure and record against the pandemic.

Ankara claims to have brought "under control" the fatal virus which, according to official figures, has caused about 4,500 deaths among some 160,000 confirmed cases in the country.

In terms of infrastructure, Istanbul, a major tourist destination, has a large hotel fleet.

And in addition to the Ataturk Stadium, the city can make available the home grounds of Galatasaray, Fenerbahce and Besiktas, which hosted the UEFA Super Cup clinched by Liverpool against Chelsea last August.

"I would not expect any problems in terms of the logistics ... The main concern for me is whether fans would be able to come," noted Emre Sarigul, co-founder of the specialised website Turkish Football.

"It is difficult to talk with certainty about anything regarding football right now because of how quickly the health situation can deteriorate," he said.

In the meantime, the TFF, seeking to convey a "business as usual" message, announced that the Turkish league would restart on June 12, despite opposition from players and coaches.

For Turkey hosting the Champions League final is of economic and touristic importance which goes beyond sport.

While tourism -- an essential dynamo of economic growth in Turkey -- has been severely dented by the coronavirus crisis with the suspension of international flights, hosting such a prestigious sporting event would be a welcome boost.

"Turkey has a PR problem in general so hosting major events successfully is pretty much always a boost for the country's image and gives the opportunity to promote tourism in Istanbul and beyond," said Sarigul.

For Erden, of the group of Fenerbahce supporters Vamos Bien, the government wants to "use" the Champions League final to "improve its image" while "people are worried by the pandemic and the economic problems".

Bodan, of ultrAslan, believes that if the health situation deteriorates again, "the competition will have to be cancelled".

AC Milan Football
Get the latest updates on India vs England Series, India vs England , live score and IPL 2021 Auction . Like us on Facebook or follow us on Twitter for more sports updates. You can also download the NDTV Cricket app for Android or iOS.