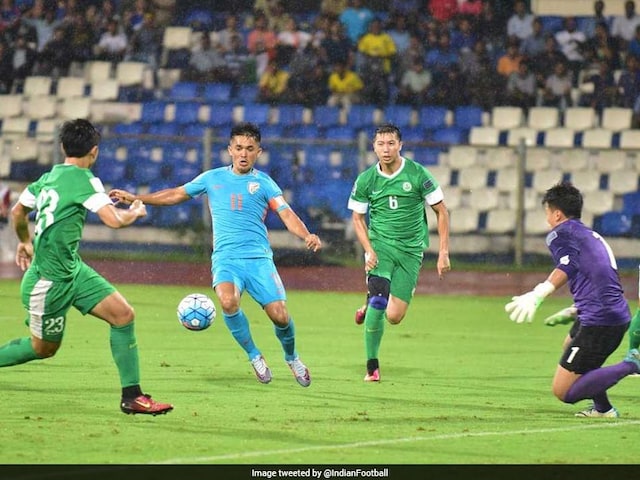 Indian football team on Wednesday qualified for the 2019 Asian Cup after they pumped in three goals for a convincing 4-1 win over Macau with two matches still to go in the qualifying round. This is the third time the country has qualified for the continental showpiece. India have qualified for the AFC Asian Cup finals only twice in the past 37 years. The last time it happened was in 2011 and their only appearance before that was way back in 1984.

Rowllin Borges opened the scoring for India with a fine right-footed volley in the 28th minute, skipper Sunil Chhetri restored the lead, after the hosts conceded one, with a strike in the 60th minute, while Macau conceded an own goal in the 70th minute to dig their own grave at the Sree Kanteerava Stadium.

For Macau, Nicholas Tarrao scored in the 37th minute --their first goal of the qualifying campaign.

India topped Group A qualifying round with 12 points from four matches.

They play Myanmar on November 24 and Kyrgyzstan on March 27 next year.

In the 2011 edition that was held in Doha, India lost all their group matches to Australia, South Korea and Bahrain

Comments
Topics mentioned in this article
India Football Team Sunil Chhetri Jeje Lalpekhlua Football
Get the latest updates on IPL 2020, check out the IPL Schedule for 2020 and Indian Premier League (IPL) Cricket live score . Like us on Facebook or follow us on Twitter for more sports updates. You can also download the NDTV Cricket app for Android or iOS.