Twitter broke out in concern as news of Iker Casillas's heart attack spread. 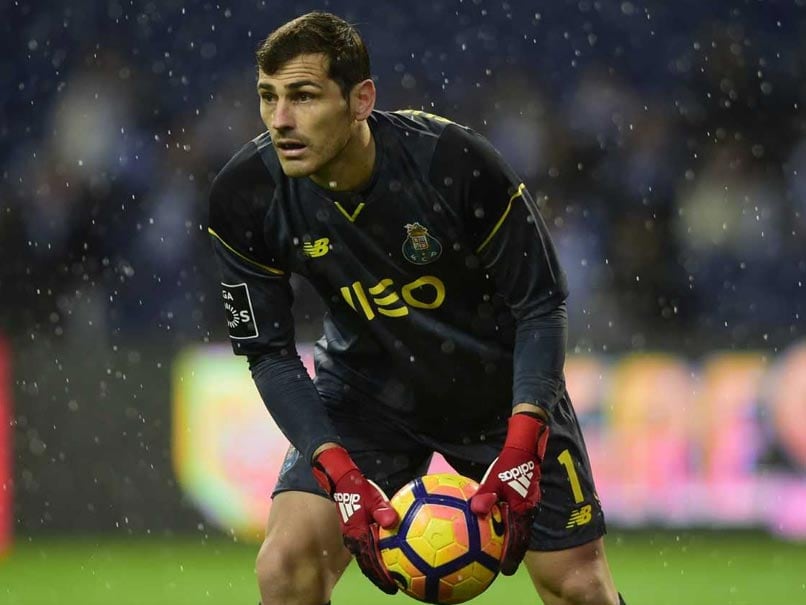 Iker Casillas, who led Spain to the 2010 World Cup win, suffered a heart attack during training on Wednesday, according to a statement issued by FC Porto, his current club. Casillas was rushed to hospital following the attack and is currently stable and under observation in hospital, added the FC Porto statement. The 37-year-old, who also won the 2008 and 2012 Euro Cup with Spain, is set to miss the rest of the season, according to initial reports, but is reportedly out of danger.

"The work session was promptly interrupted to provide assistance to the Porto goalkeeper, who is currently at the Hospital CUF Porto. Casillas is well, stable and his heart problem [is] solved."

Twitter broke out in concern as news of Casillas's heart attack spread. Gary Lineker, Mesut Ozil, Sergio Ramos, Thibaut Courtois, Gareth Bale, Kasper Schmeichel and Simon Mignolet are among the many footballers to send their wishes for a quick recovery for the goalkeeping legend.

Indian national team defender Sandesh Jhingan tweeted: "Shocked to hear about the news of iker Casillas suffering from a heart attack today at Porto's training ground. I hope he is fine and i wish him a speedy recovery."

Official social media handles of football clubs, including Barcelona, longtime rivals of Real Madrid, have also expressed their shock at the incident and prayed for a quick recovery.