Iker Casillas made his 166th appearance for his country as Spain drew 0-0 away to Romania in an international friendly. 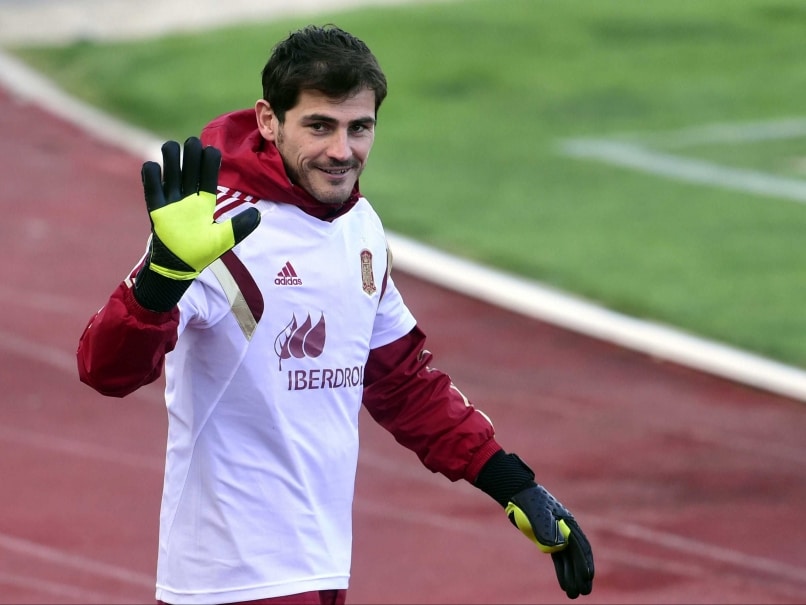 Iker Casillas beat the record of Latvian player Vitalijs Astafjevs to become the European footballer with the most international appearances.© AFP

Spain international goalkeeper Iker Casillas has hinted that he might soon draw the curtains on his record-breaking football career. (FC Porto's Gudino Admits Working With Casillas is a Dream Come True)

The 34-year-old former Real Madrid goalkeeper, who now plays for Portuguese side Porto, made his 166th appearance for his country as Spain drew 0-0 away to Romania in a friendly on Sunday, reports Xinhua. (End Of An Era As Casillas Leaves Real Madrid For Porto)

That appearance saw him beat the record of Latvian player Vitalijs Astafjevs to become the European footballer with the most international appearances. But Casillas has hinted that his time defending his country's goal could soon come be at an end.

After the game Casillas decided to hold a brief chat with fans on his Twitter account and answered several questions about his career until one question, "Do you see the moment of your retirement close?"

Casillas responded, "It is getting closer all the time. It's close," which some will take as the biggest sign yet that he will retire from international football at the end of the 2016 Euro Championships.

Comments
Topics mentioned in this article
Real Madrid Spain Iker Casillas Football
Get the latest updates on Fifa Worldcup 2022 and check out  Fifa World Cup Schedule, Stats and Live Cricket Score. Like us on Facebook or follow us on Twitter for more sports updates. You can also download the NDTV Cricket app for Android or iOS.