The 17th edition of the FIFA U-17 World in India on Saturday turned out to be a milestone event as it became the most attended and the highest scoring tournament ever. 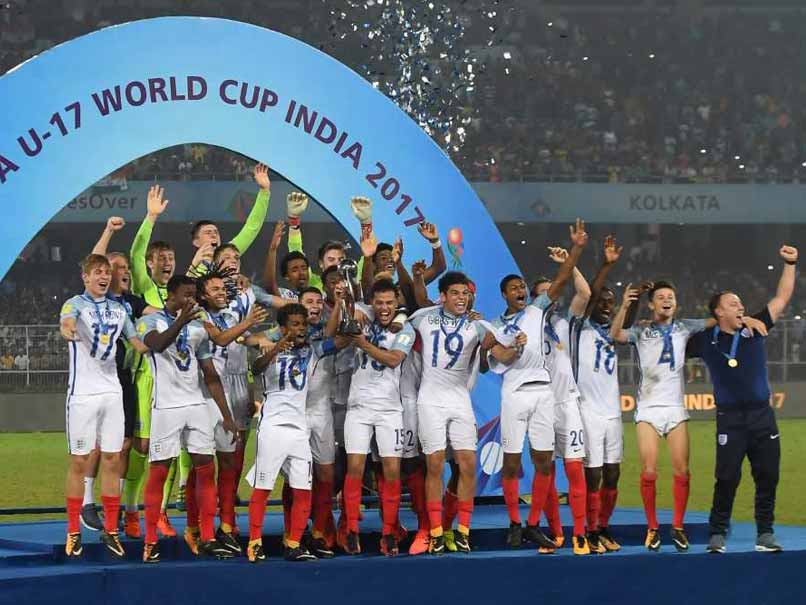 The 17th edition of the FIFA U-17 World in India on Saturday turned out to be a milestone event as it became the most attended and the highest scoring tournament ever. Not only that, this U-17 World Cup even shattered the most attendance record of FIFA U-20 World Cup -- 2011 Colombia edition's 1,309,929 mark. It thus became the most attended men's age-group World Cup ever. With 66684 spectators turning up to watch the summit clash betweenEngland and Spain at the Salt Lake Stadium here, the total attendance at the six host venues across the country logged 1347143, which is 116,167 more than the earlier record attendance of 1,230,976 set in the first edition of the tournament in China in 1985.

In fact, the most attendance record was already reached during the third place play-off match between Brazil and Mali earlier in the day, which had attracted 56432 spectators.

The attendance for matches of the FIFA U-17 World Cup India 2017 had breached the million mark in the last Round of 16 match on October 18.

In terms of the number of spectators per match, this India edition is second -- at 25,906 -- behind the inaugural edition in China (which was 38,469) as the number of participating teams and number of matches were lesser at that time.

Sixteen teams competed till the 2005 edition in Peru (when the tournament was known as FIFA U-17 World Championships) before the number of participating countries was increased to 24 from the 2007 edition in South Korea. The number of matches was also increased from 32 to 52 from 2007 onwards.

Understandably, Kolkata's Salt Lake Stadium has the highest attendance per match. The venue has so far logged a total of 608809 spectators from 11 games, at a staggering average of 55346 per match. The stadium has a total capacity of 66.600.

This India edition also became the highest scoring tournament with 177 goals from 52 matches, bettering the earlier highest of 172 scored during the 2013 edition in the United Arab Emirates.

This edition also has the highest goal average of 3.40 per match since the tournament format was changed in 2007 to a 24-team affair from the earlier 16-team participation.

Overall, the number of goals scored per match is the third in tournament history behind the 1997 Egypt and 2003 Finland editions, when 117 goals were scored from 32 matches at an average of 3.66 goals per match.

Comments
Topics mentioned in this article
Spain England FIFA U-17 World Cup Football
Get the latest updates on IPL Auction 2023 and check out  IPL 2023 and Live Cricket Score. Like us on Facebook or follow us on Twitter for more sports updates. You can also download the NDTV Cricket app for Android or iOS.