FIFA U-17 World Cup Final Highlights, England vs Spain: England made a remarkable comeback from two goals down to outclass three-time runners up Spain 5-2 and clinch their maiden title. 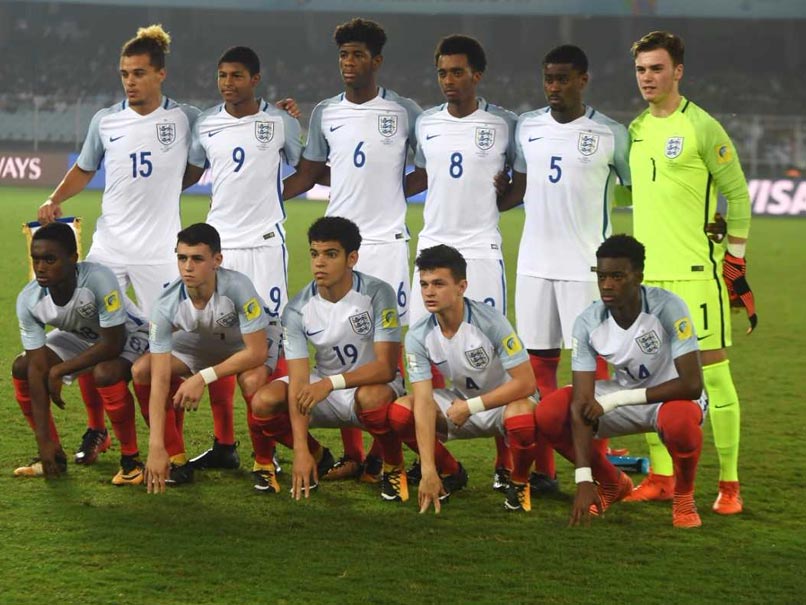 England made a remarkable comeback from two goals down to outclass three-time runners up Spain 5-2 and clinch their maiden FIFA U-17 World Cup at a packed Vivekananda Yuba Bharati Krirangan on Saturday. Spain took the early advantage in the final, thanks to a first-half brace by Sergio Gomes (10th, 31st minutes). But his effort was wiped out as England scored five goals through Rhian Brewster (44th), Morgan Gibbs White (58th), Phil Foden (69th, 88th) and Marc Guehi (84th).

Catch Highlights of the FIFA U-17 World Cup match between England and Spain here.

21:38 IST: Spain's Mateu Jaume try a shot on the goal but it goes off-target.

21:35 IST: Both the teams are taking drinks break.

21:33 IST: England are dominating after taking the lead. Another hit towards the post but great save by the Spain goalkeeper.

21:23 IST: Another chance for England. A player from the three lions sees his effort hit the target but the Spain goalkeeper pulls off a save.

21:11 IST: England take the corner kick. Can they convert this into a goal?

21:10 IST: Spain concede a free-kick following a challenge on a player from England.

He's got two in the first half for Spain in #FIFAU17WC Final pic.twitter.com/pF1VqRrxaT

Thank you for creating a wonderful atmosphere, India pic.twitter.com/QBERFyxCGd

20:21 IST: Great chance for Spain to make it 2-0. Mohamed Moukhliss almost covered the area but fails to convert it in a goal. Brilliant work from England goalkeeper.

20:16 IST: SAVE! Great work from England goalkeeper. He pulls off a brilliant save.

20:07 IST: Stunning display from England goalkeeper. Spain try a shot on goal but the England keeper keeps his calm and does a good save.

20:03 IST: England try a shot on goal but the ball goes off the target.

19:58 IST: Both team's players are shaking hands before the kick off. A loud cheer from the crowd.

19:56 IST: Both teams are making their way to the middle. It's time for national anthems. Electric atmosphere at the Salt Lake Stadium.

Can counterpart @Curt_Anderson_2 do the same in India today? #FIFAU17WC https://t.co/Td8gu01tkP

30 MINUTES TO THE FINAL!
The climax to the #FIFAU17WC India 2017 is nearly upon us!
https://t.co/B5CfxKr0mc pic.twitter.com/MzPhvMeHvD

19:22 IST: Kolkata all set to host the final showdown.

It's going to be an exciting evening in Kolkata, as the #FIFAU17WC comes to a conclusion!
https://t.co/zTjtELv0Sv pic.twitter.com/j4c6abxdD5

19:08 IST: Hello and welcome to the Live updates of the FIFA U-17 World Cup final match between England and Spain.

Ruiz is Spain's top scorer with six goals and his double against Mali was the key in securing Spain's place in the final. The Barca prodigy is direct in his approach and uses a lot of intelligence to move into scoring areas and also goes behind defences. All in all, it should be a treat for the spectators as well as good study material for the present scouts at the stadium.

Comments
Topics mentioned in this article
Spain England FIFA U-17 World Cup Football
Get the latest updates on IPL Auction 2023 and check out  IPL 2023 and Live Cricket Score. Like us on Facebook or follow us on Twitter for more sports updates. You can also download the NDTV Cricket app for Android or iOS.