Edin Dzeko, Mohamed Salah and Lucas Digne netted a goal each as Roma beat Carpi 3-1 in their Serie A tie. 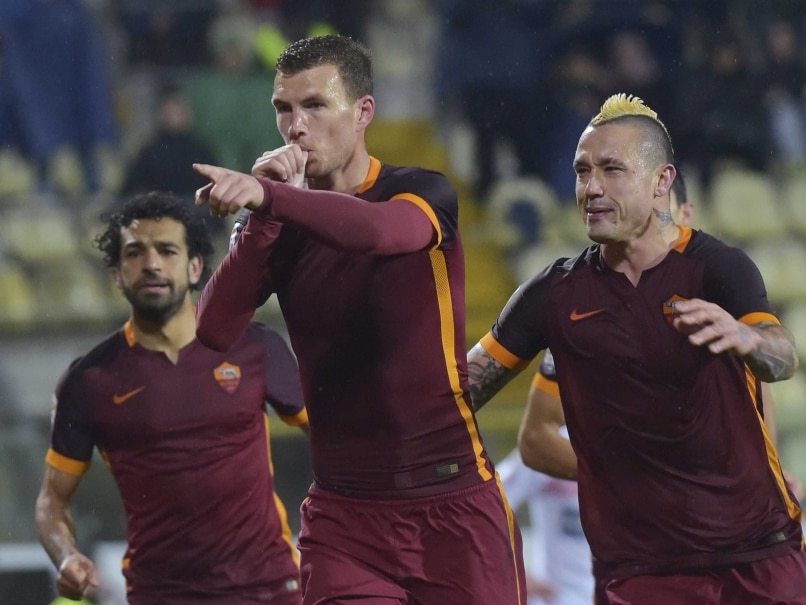 Roma claimed a fourth successive win to move into third spot in Serie A on Friday with a 3-1 triumph at relegation-haunted Carpi. (Click here for latest Football stories)

But they needed two late goals to secure the three points with Edin Dzeko and Mohamed Salah hitting the target in the 84th and 85th minutes.

Roma have 47 points and well-placed for a Champions League spot next season but they are nine points behind leaders Napoli and seven back from Juventus in second place.

French star Lucas Digne opened the scoring for Roma in the 56th minute with a fine drive from the left for his second Serie A goal -- both have come against Carpi.

But Kevin Lasagna levelled 10 minutes later, making the most of a mistake by Roma's German centre-back Antonio Rudiger.

Roma wrapped up the three points thanks to Dzeko and Salah finding the net inside two minutes as the clock ticked down.

On Saturday, Napoli clash with Juventus in the weekend's heavyweight clash with Juve on a run of 14 wins on the trot as they chase a record-equalling fifth consecutive league title.

Comments
Topics mentioned in this article
Edin Dzeko Roma Football
Get the latest updates on SA vs IND 2021-22, check out the Schedule and Live Score . Like us on Facebook or follow us on Twitter for more sports updates. You can also download the NDTV Cricket app for Android or iOS.