Argentina's Diego Maradona, regarded as one of the greatest football players ever, died on Wednesday, sending the sports world into mourning. 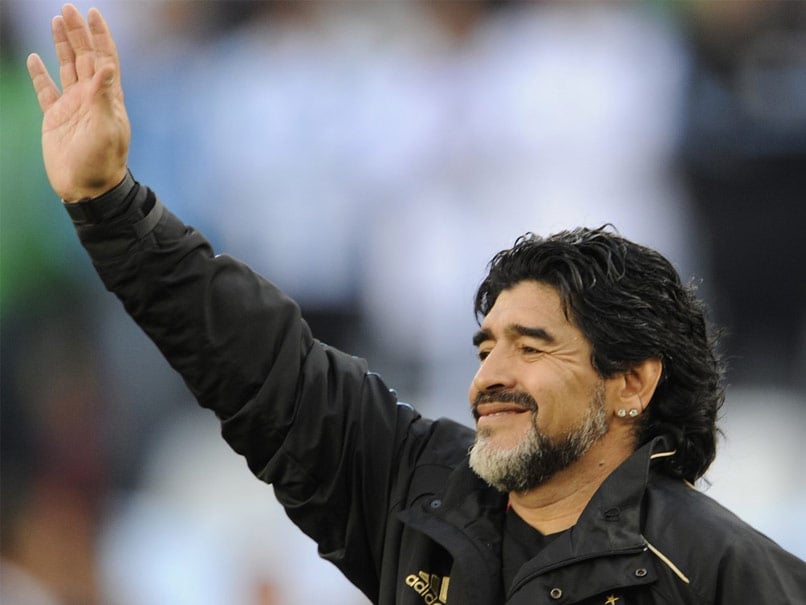 Dieo Maradona died on Wednesday aged 60 due to a heart attack.© AFP

Argentina football legend Diego Maradona died aged 60 on Wednesday, sending the sports fraternity into a state of mourning. Maradona was recently discharged from the hospital after undergoing a surgery for removing a blot clot in his brain. He died due to a heart attack, his spokesman told news agency AFP. Argentine Football Association (AFA) tweeted to express their sorrow. "The Argentine Football Association, through its President Claudio Tapia, expresses its deepest sorrow for the death of our legend, Diego Armando Maradona. You will always be in our hearts," wrote AFA on Twitter.

Thank you for everything, Diego pic.twitter.com/bJ9l3ixY7A

"Farewell Diego- an all-time great. You were a troubled soul, but you delighted the whole world with your unique footballing skills. RIP" Thomas Bach

"A very sad day for all Argentines and football. He has left us but he will never leave us because Diego is eternal. I will keep all the beautiful moments that I lived with him and would like to send my condolences to all his family and friends. RIP," wrote Lionel Messi.

"Today I say goodbye to a friend and the world says goodbye to an eternal genius. One of the best ever. An unparalleled magician. He leaves too soon, but leaves a legacy without limits and a void that will never be filled. Rest in peace, ace. You will never be forgotten," wrote Cristiano Ronaldo.

"What sad news. I lost a great friend and the world lost a legend. There is still much to be said, but for now, may God give strength to family members. One day, I hope we can play ball together in the sky," wrote Pele, the Brazilian football legend.

"Privileged to have met him," wrote England's Harry Kane.

"I am very sad. I am nostalgic for what was a wonderful era," French football legend Michel Platini told told French radio station RTL. "Diego left a mark on my life."

India footballer CK Vineeth tweeted out to pay tributes to the legend.

A true great of the game.

One of the greatest to ever grace our beautiful game.

The world awaits our words but there are no words to describe the pain we're going through. Now is the time to grieve.
Diego pic.twitter.com/40TTOIDNQ4

Forever in our hearts, wrote Indian Super League on their Twitter handle.

Maradona is regarded, alongside Brazil's Pele, as one of the greatest football players of all time.

Argentina Diego Maradona Football
Get the latest updates on IPL Auction 2023 and check out  IPL 2023 and Live Cricket Score. Like us on Facebook or follow us on Twitter for more sports updates. You can also download the NDTV Cricket app for Android or iOS.