English Premier League: Brendan Rodgers says Leicester star Jamie Vardy shows no sign of slowing down, outlining the personal investment the veteran striker has made to prolong his career. 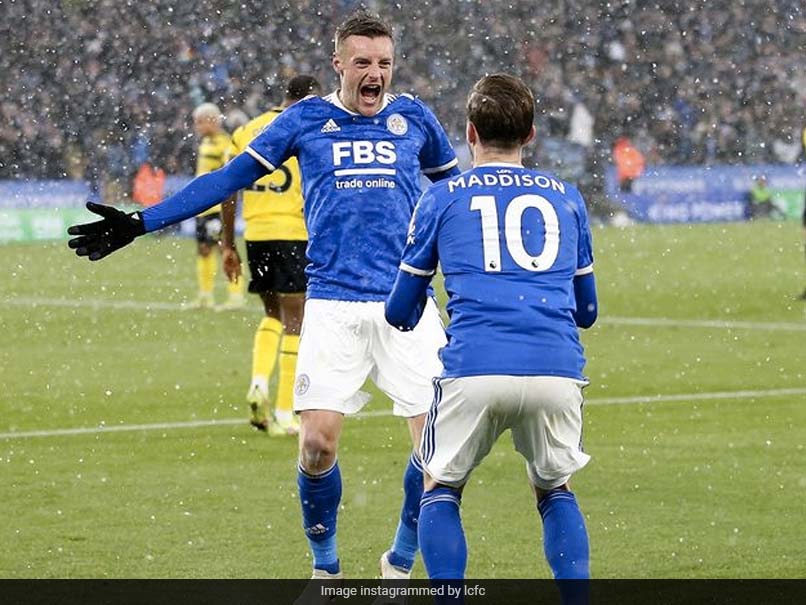 Brendan Rodgers says Leicester star Jamie Vardy shows no sign of slowing down, outlining the personal investment the veteran striker has made to prolong his career. Vardy, 34, took his Premier League tally for the season to nine with two goals in the Foxes' 4-2 home win against Watford on Sunday. The former England international, who did not play in the top flight until he was 27, has scored 93 of his 127 Premier League goals since his 30th birthday -- drawing him level with former Arsenal forward Ian Wright.

"To enter into football when he has and to see the numbers that he has is absolutely remarkable," Leicester manager Rodgers said ahead of Wednesday's trip to Southampton.

"There's no sign that it's stopping soon either because he is looking after himself. It's all him. He clearly has the talent, he has the will. All we've tried to do is just manage him to maximise what we can get out of him," he added.

Vardy has a cryotherapy chamber (in which players are exposed to extreme low temperatures) at home as well as other equipment to aid his post-match recovery.

Rodgers has managed Vardy's game-time this season by limiting his minutes in the Europa League.

"He's a brilliant professional and he's trying to ensure his career goes on for as long as it can possibly can," said the Leicester boss, whose side are 10th in the Premier League.

"He has everything here to help with his recovery and recuperation after games. He has also invested a lot of money into some of these items he has at home to help him recover as well," he concluded.

Leicester City Jamie Vardy Football
Get the latest updates on SA vs IND 2021-22, check out the Schedule and Live Score . Like us on Facebook or follow us on Twitter for more sports updates. You can also download the NDTV Cricket app for Android or iOS.