Manchester United midfielder Bruno Fernandes said the club needs to do more than just "do something in the next game" after loss to Istanbul Basaksehir. 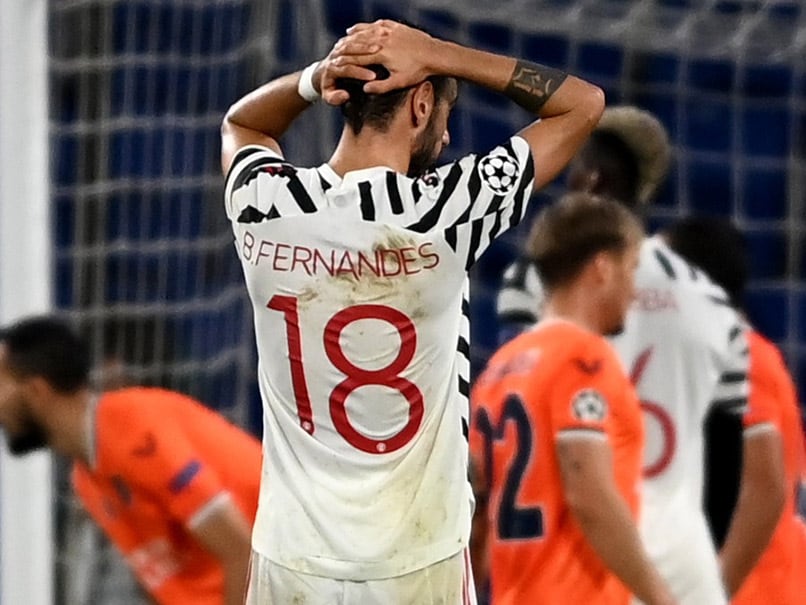 Bruno Fernandes said Manchester United should "do better" after the team's loss to Istanbul Basaksehir.© AFP

Bruno Fernandes admitted Manchester United must "do better" after their embarrassing defeat against Istanbul Basaksehir piled pressure on boss Ole Gunnar Solskjaer. United have endured a rocky start to the season and Wednesday's Champions Leagueloss in Istanbul was the latest painful result for the under-fire Solskjaer. Amid talk that Solskjaer could be replaced by former Tottenham coach Mauricio Pochettino, Fernandes acknowledged United have been below their best over the last seven days, with Arsenal handing them a home defeat in the Premier League last weekend that left them close to the relegation zone.

"We need to do much better, and we need to do something more than say 'do something in the next game' already because it will be a difficult game for us. Our focus now needs to be already there," Fernandes said ahead of Saturday's trip to Everton.

While October started with a chastening 6-1 home loss to Tottenham, Portugal midfielder Fernandes believes United's Champions League victories against Leipzig and Paris St Germain, as well as their comfortable Premier League win at Newcastle, prove it is not all doom and gloom.

"I think of course after two defeats it's hard to think or say something about this," he said when asked if United's confidence had dropped.

"But I think we need to look one week ago. Everyone was talking about we're going well, we're doing amazing games.

"We won against Newcastle, we won against Paris, we beat Leipzig. We draw against Chelsea in one game when we can win.

"We need to do the same: going for every game, trying to win, and it will not be different now in the Champions League.

Manchester United Bruno Fernandes Football
Get the latest updates on SA vs IND 2021-22, check out the Schedule and Live Score . Like us on Facebook or follow us on Twitter for more sports updates. You can also download the NDTV Cricket app for Android or iOS.