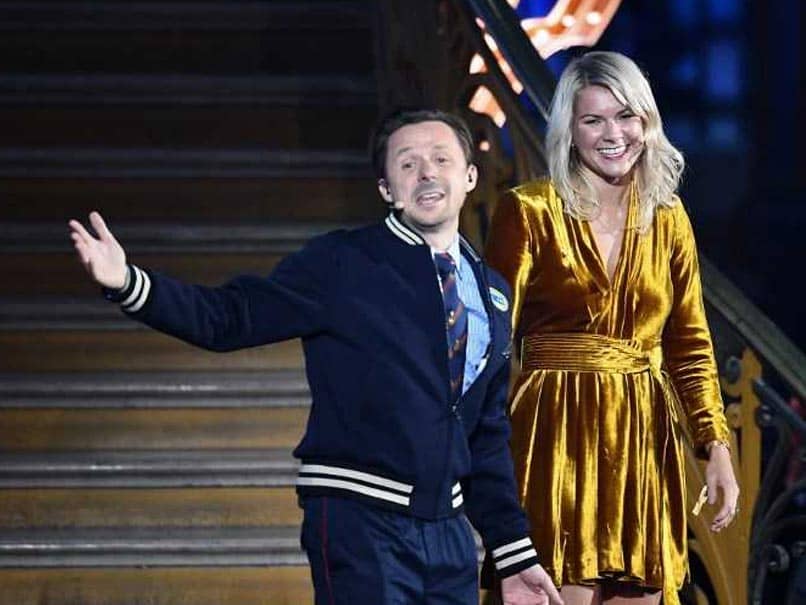 Martin Solveig apologised in person to Ada Hegerberg and said he was "astonished" at the reaction.© AFP

French DJ Martin Solveig apologised and said he was taken aback by the stormy reaction online after he asked the inaugural women's Ballon d'Or winner Ada Hegerberg whether she could "twerk" live on stage. The awards co-host in Paris provoked a torrent of complaints about sexism with his question about the sexually suggestive dance, which received a blunt "No" from the unamused Norwegian striker. The incident was a major talking point despite Hegerberg's achievement in becoming the first winner of the women's Ballon d'Or, an award which has been handed to male footballers since 1956.

Solveig, a musician and radio host, apologised in person to Hegerberg and said he was "astonished" at the reaction.

"Guys I'm a little bit amazed, astonished by what I'm reading on the internet," he said in a video posted on Twitter.

"Of course I didn't want to offend anyone. This was from a distortion of my English level and my English culture level which is obviously not (high) enough.

"This was a joke, probably a bad one and I want to apologise for the one I may have offended," Solveig added.

Sincere apologies to the one I may have offended. My point was : I don't invite women to twerk but dance on a Sinatra song. Watch the full sequence People who have followed me for 20 years know how respectful I am especially with women pic.twitter.com/pnZX8qvl4R

Hegerberg, 23, whose goals propelled Lyon to a record fifth Champions League title and their 12th consecutive domestic crown, played down the controversy and said it hadn't marred her evening.

"I didn't feel it was like that at all to be honest and I am sad if people thought about the situation like that," Hegerberg said after the show.

She added: "He came to see me after and apologised. The Ballon d'Or is the most important thing."

Before the ceremony, Hegerberg told The Guardian that she found it "really frustrating" that sport remains "such a man's world".

"Sometimes it's really frustrating, I must say. Sometimes you have episodes or situations where you feel like, damn, we're in such a man's world," she said in an interview.

"But at the same time I've never looked at myself different from men's football. I've always felt the same -- I work hard to try to achieve my dreams, like every other girl out there."