Shkodran Mustafi was forced off during the closing stages of the FA Cup semi-final victory over Manchester City and missed the Premier League clash with Aston Villa. 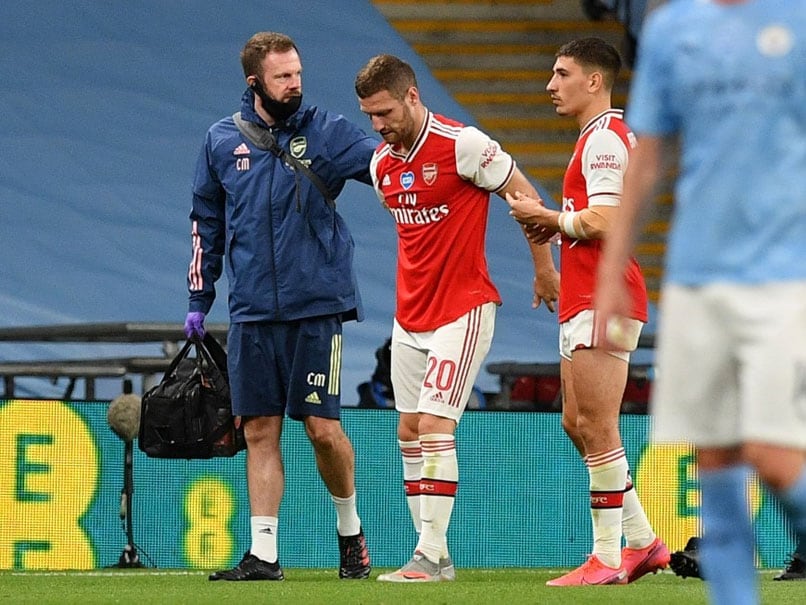 Shkodran Mustafi will miss the FA Cup final against Chelsea next month due to a hamstring injury.© AFP

Arsenal has confirmed that defender Shkodran Mustafi will miss the FA Cup final against Chelsea next month due to a hamstring injury. The Germany international was forced off during the closing stages of the FA Cup semi-final victory against Manchester City and sat out the Premier League clash with Aston Villa three days later, which Arsenal lost 0-1. "Right hamstring sustained during FA Cup semi-final on Saturday. Will miss remaining matches of this season. Further details on recovery programme will be confirmed in the coming days," the club said in a statement.

The 28-year-old had started nine of Arsenal's last 10 matches prior to Saturday's game against Pep Guardiola's side at Wembley, after making just one Premier League start during the first half of the campaign under Unai Emery.

The absence of Mustafi will present an opportunity for Rob Holding to stake a claim for a cup final spot.

Holding had replaced Mustafi in defence in the defeat against Aston Villa and is likely to keep his place for their final Premier League game of the campaign against relegation-threatened Watford on Sunday, July 26.

Aston Villa Shkodran Mustafi Football
Get the latest updates on ICC T20 Worldcup 2022 and CWG 2022 check out the Schedule, Live Score and Medals Tally. Like us on Facebook or follow us on Twitter for more sports updates. You can also download the NDTV Cricket app for Android or iOS.