Sunday's FIFA World Cup final against Germany is the most important match in the football-mad nation's recent history, and Argentines could speak of little else as they did their last-minute party shopping and went through their pre-game rituals. 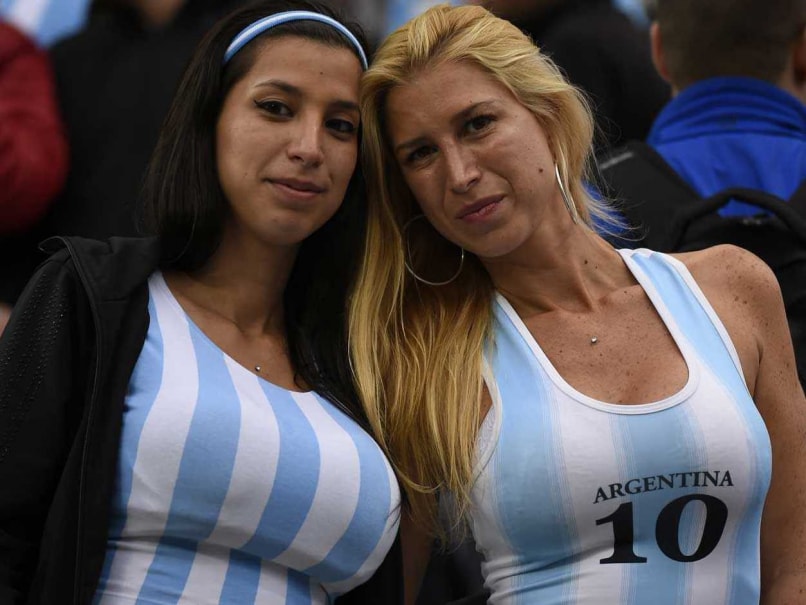 Argentina fans get set to cheer their team against Germany.© AFP
Buenos Aires:

Holding its breath for a third World Cup title, Argentina is ramping up preparations for a massive party, closing streets and setting up giant screens across the country. (Argentina, Germany Start Final Tuning)

Sunday's final against Germany is the most important match in the football-mad nation's recent history, and Argentines could speak of little else as they did their last-minute party shopping and went through their pre-game rituals. (Will Messi Triumph vs Germany?)

"Out of superstition, I'm going to wear a shirt that I haven't washed since the World Cup started and that I've worn for every match since we kicked off against Bosnia," said Martin Gonzalez, a 35-year-old engineer, as he bought beer in Buenos Aires's upscale Palermo neighborhood.

Like much of Latin America, Argentina treats football with the reverence of a religion, but the national team has not been to the World Cup final since 1990, and has not won it since 1986.

Winning in Brazil would be a huge boost for national self-esteem at a time when Argentina is mired in economic troubles and fighting to fend off hedge funds clamoring for payment of more than $1.3 billion in defaulted debt the country owes them.

"I'm living these final hours in a state of extreme anxiety, nerves, hope, emotion and anguish. For Argentina, it's the greatest thing that could possibly happen, not just on the level of football but as a country," said German Vazquez, a 33-year-old real estate broker.

An estimated 100,000 Argentines are expected to descend on Rio de Janeiro for the match in whatever way they can -- charter jets, family cars or long caravans making the six-hour drive from Sao Paulo, where hordes of fans gathered for Wednesday's semi-final against the Netherlands.

Back home, their compatriots are plotting the best spot to watch on TV and decking the country out in sky blue and white.

The heart of the party is Plaza San Martin in Buenos Aires, where 50,000 people gathered for the semi-final and many more are expected to watch the final -- if the rain that drenched the city on Saturday lets up.

If Argentina wins, millions of people are expected to descend on the capital's iconic Obelisk in celebration, rain or not.

Police said they would post extra officers at the monument in the event of an Argentine victory.

Street vendors and shops are selling so many $20 counterfeit jerseys -- the authentic Adidas replicas cost nearly $100 -- that they have had to place special orders for more, said saleswoman Ana Maria Gutierrez.

Event the city subway has been swept up in the excitement, displaying a "Let's go Argentina!" message on digital screens at station entrances.

Across the country of 40 million people, communities were planning day-long festivals building up to the match.

From Guaymallen in the west to Gualeguaychu in the east, cities and towns organized children's activities, theater festivals, concerts, football tournaments and fairs.

Foreign journalists have descended on the country seeking the best spots to chronicle the pre-game excitement and post-game reaction.

Hotels around the Obelisk and Plaza San Martin are the most in-demand, with some charging $500 to $800 a night for the rooms with the best views of the festivities.

Comments
Topics mentioned in this article
Argentina FIFA World Cup 2014 Football
Get the latest updates on ICC Women's Cricket World Cup 2022 and IPL 2022, check out the Schedule , Live Score and IPL Points Table. Like us on Facebook or follow us on Twitter for more sports updates. You can also download the NDTV Cricket app for Android or iOS.