Germany, under Joachim Loew, won the FIFA World Cup in 2014. 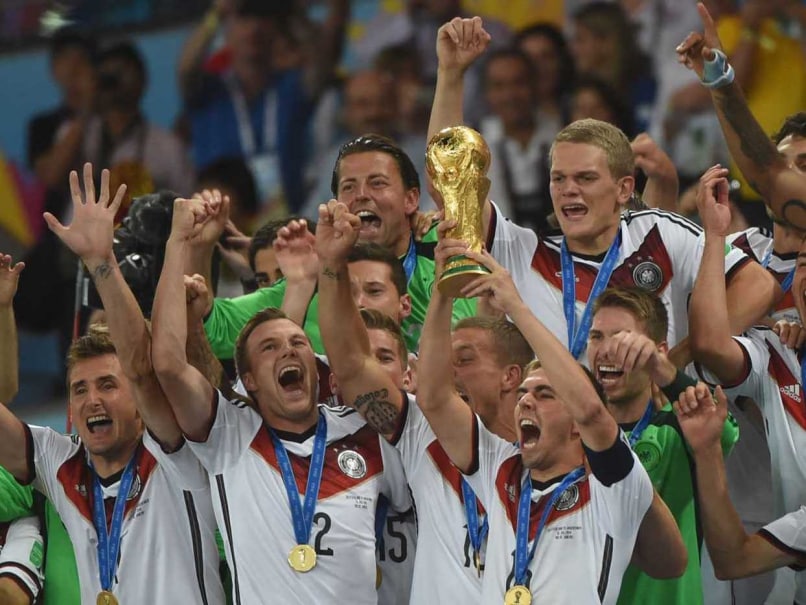 The fourth star on his players' shirts will always remind Joachim Loew of what happened in the summer of 2014. Despite his life-changing experience of winning the FIFA World Cup, the 54-year-old German head coach is a man who now has to learn how to deal with success.

Loew knows that winning a major tournament is everything but an insurance policy for the future. He therefore is planning changes for 2015 - for himself, his team and game tactics, reports Xinhua.

"I want to get to the point where we can change tactics at will during the course of a game," Loew said. "We have to aim to dominate the game for a decade."

Many things have changed in Loew's life since last summer but he is desperately trying to preserve one thing - success.

"To carry on in the same vein we have to change, yes you can go that far: We have to reinvent ourselves. We are working on a master-plan for 2015 and 2016."

Amongst other things, Loew is considering a three-man defense. He also feels football will return to having two strikers.

"In general we want to feel the moment of victory again and win Euro 2016 in France."

But how do you get the fact that you have won the most important tournament out of your head? In his search to find an answer to the question, Loew has started with himself. In taking secret lessons to become a pilot, his new hobby seems to be like a message of his intention to cross borders that seemed to be far off until now.

"Feeling the freedom in the skies is a fascinating experience that frees your head makes you feel that there are things beyond the horizon," said Loew after his first lessons in an ultra-light plane. It, believes Loew, "might help to confirm our success."

The coach is desperate to "remain trailblazers" as football develops quickly. "We need to shake a few things up as our opponents have analyzed our system intensively."

Loew's message to his players is clear: Being part of the World Cup squad does not mean an automatic place in Germany's team in the future.

"I'm willing to tolerate weaker phases for a while but ultimately the yardstick has to be a player's performance and they have to be outstanding to be selected for our squad. Being a part of the German team means concentrating 100 per cent on balancing your everyday life, both on and off the pitch."

It is no secret that Loew is thinking about new players as he is fond of youngsters like striker Kevin Volland (TSG Hoffenheim) and defenders Erik Durm (Borussia Dortmund) and Antonio Ruediger (VfB Stuttgart).

Strategic kingpins of Germany's team will still be captain Bastian Schweinsteiger, goalkeeper Manuel Neuer, defender Jerome Boateng (all Bayern Munich), midfielders Toni Kroos and Sami Khedira (both Real Madrid) as it faces its first international of the new year March 25 (friendly against Australia), and then they will take on Euro qualifier against Georgia March 29.

Like Loew, Oliver Bierhoff, the general manager, is reminding everybody not to make mistakes that were made after the 1990 World Cup when Germany's football institution Franz Beckenbauer said the German team will be unbeatable for years.

"The statement may well have been made with everybody still revelling in the stunning victory and vital things were forgotten. We don't want to make the same mistake," said Bierhoff.

Loew said that after a break and with many celebrations over, he had to face new challenges.

"I can feel things working inside me and can draw on new motivation to only look into the future. The World Cup is history and does not count anymore. We have to concentrate on the next match and the next match alone," said Loew.

"I myself have learned a lot last year. First of all I have to look at everything that can be improved and I can't allow myself to take things for granted. If you don't manage to keep ahead of the changes, you won't be successful."

For the time until the 2015 season for Loew and his team is starting, Loew has given clear orders to his staff that they have to keep a close eye on the developments within world football.

"We have to find answers to the question as to where football is going and how we want to be a part of it all. Having reached the top, it's a special task to stay there," said Loew.

"We see the World Cup win as being an obligation for us to improve - not as a hindrance as I read somewhere. The 2014 is no burden if you are happy wanting to improve."

Comments
Topics mentioned in this article
Germany FIFA World Cup 2014 Football
Get the latest updates on IPL Auction 2023 and check out  IPL 2023 and Live Cricket Score. Like us on Facebook or follow us on Twitter for more sports updates. You can also download the NDTV Cricket app for Android or iOS.