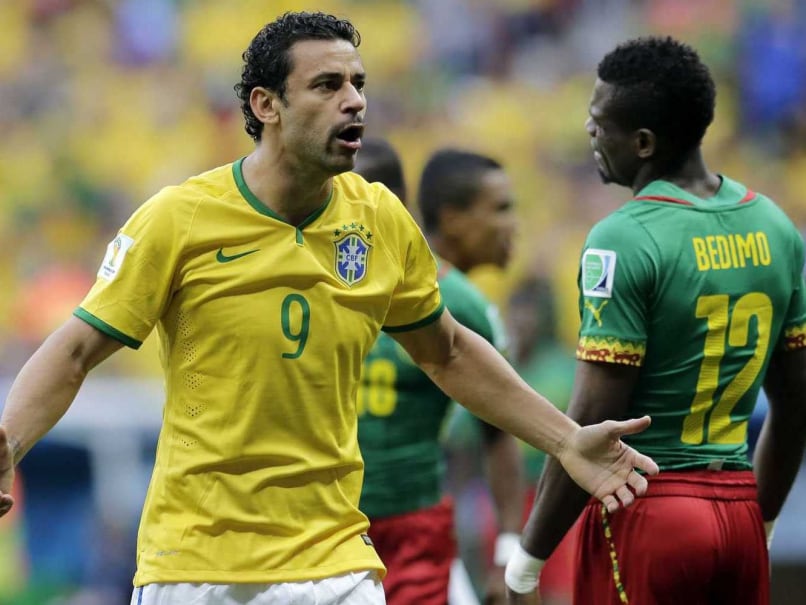 The 31-year-old was unhurt in the incident, which occurred as the players walked from the airport terminal to the team bus. Fred needed to be restrained by security guards after attempting to remonstrate with the supporters.

The incident followed Fluminense's 0-1 loss to Sport Recife on Sunday. The result left the four-time Brazilian champions 11th in the country's Serie A standings with just 34 points from 25 matches.

It is not the first time Fred has been the target of fan abuse. Last year supporters threatened to physically attack him, surrounding his vehicle at the club's training ground car-parking.

In 2011, he was followed as he drove through the streets of Rio's Ipanema neighbourhood after being seen in a bar with teammate Rafael Moura.

And in 2009 he admitted to being scared "out of his skin" when a security guard fired a gunshot into the air after Fluminense ultras stormed onto the team's training ground.

Comments
Topics mentioned in this article
Brazil FIFA World Cup 2014 Football
Get the latest updates on IPL Auction 2023 and check out  IPL 2023 and Live Cricket Score. Like us on Facebook or follow us on Twitter for more sports updates. You can also download the NDTV Cricket app for Android or iOS.