Yet as this year's Copa campaign unfolded, Brazil demonstrated that it might have finally cast off the longstanding criticisms of "Neymar-dependency." 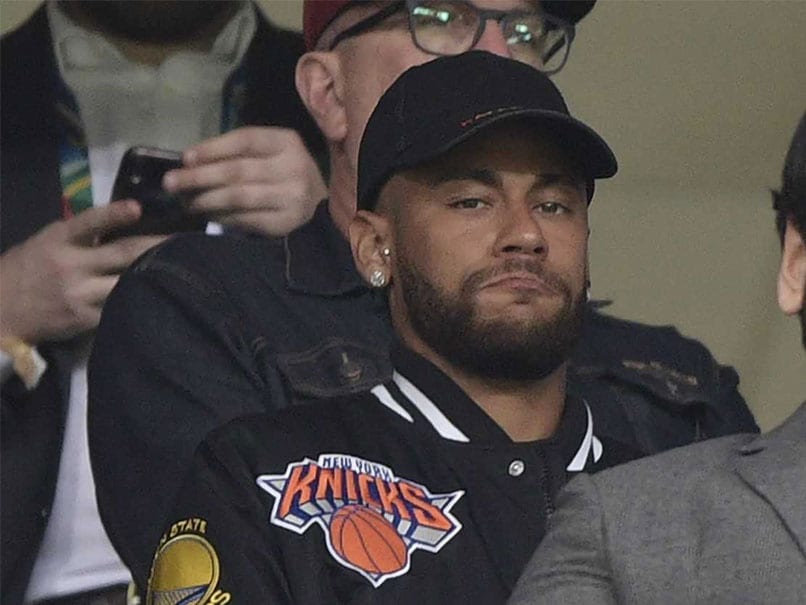 As Brazil geared up for the Copa America last month, a Neymar-induced pall of doom and gloom threatened to scupper the host nation's chances before a ball had even been kicked.

The unrelenting circus surrounding the captain and talisman of the Selecao had included lurid rape revelations before an ankle injury in a warm-up game left the Paris Saint-Germain striker on crutches and out of the tournament.

It was an eerie echo of Brazil's disastrous 2014 World Cup on home soil, when Neymar was injured in the quarter-finals and missed his team's traumatic 7-1 humiliation against eventual champions Germany in the last four.

Yet as this year's Copa campaign unfolded, Brazil demonstrated that it might have finally cast off the longstanding criticisms of "Neymar-dependency."

While Neymar's creative spark was sorely missing in a dour 0-0 draw with Venezuela during the group stage, Brazil gradually grew into the tournament.

And by the time captain Dani Alves hoisted the trophy -- Brazil's first major honor in 12 years -- following the 3-1 victory over Peru in the final at the iconic Maracana stadium on Sunday, Neymar had at last been shoved aside as the Copa's major talking point.

What's more, Brazil had proved in finishing with the tournament's best attack, best defence, top player in Alves, top scorer in Everton and top goalkeeper in Alisson -- a clean sweep of every award going -- that they could thrive without Neymar.

Its importance was not lost on Liverpool's Alisson, no matter how diplomatically he put it.

"It was difficult without Neymar because he's very talented and also brings a lot to the collective," said Alisson.

"It was important to win to show the strength of the group.

"Sometimes he gets all the attention and we're a bit left out... but he's much loved."

Crucially, two of the players thrust into the spotlight by Neymar's absence and indiscretions sparkled in the limelight.

In May, Alves was named captain for the tournament after Neymar hit the headlines -- pre-rape allegations -- for the wrong reasons with his club, picking up European and domestic bans for petulant behavior.

He had an altercation with a fan after PSG lost the French Cup final to Rennes while the month before he insulted a match official after the French side's Champions League elimination by Manchester United.

Alves led by example and was named player of the tournament, while his skill and trickery in starting the move that led to the first goal in Brazil's 2-0 semi-final victory over Argentina was sublime.

The other player to take his chance was Everton, the crowd-pleasing winger who regularly lifted fans onto their feet with his direct running and determined dribbling.

He finished the Copa as top scorer and a star for the present rather than the future.

But he may never have been given the chance to shine had Neymar been there.

As it was, Everton was not even one of Brazil's starting forwards against either Bolivia or Venezuela, only coming on as a substitute in those matches before his performances earnt him a starting berth from then on.

Had Neymar been available, Everton may have found himself further down the pecking order and given fewer opportunities to impress.

Instead, the Gremio forward established himself as the undisputed crowd favorite.

He was the only one of three domestic-based players in the 23-man squad to get a game during the tournament and drew the biggest cheer every time his name was announced or he touched the ball.

In Everton -- who at 23 is a rumored target for European giants Manchester City, Manchester United and PSG -- Brazil have perhaps found a long-term replacement to the troubled and flawed Neymar as the country's football icon.

"We're champions! And the best thing is that it was without Neymar," the 43-year-old told AFP from the streets of Sao Paulo as she celebrated Brazil's victory.

"This proves that we don't rely on him any more, it's not all down to him.

"This is Brazil, no matter who plays."

Comments
Topics mentioned in this article
Neymar FIFA World Cup 2014 Football
Get the latest updates on Fifa Worldcup 2022 and check out  Fifa World Cup Schedule, Stats and Live Cricket Score. Like us on Facebook or follow us on Twitter for more sports updates. You can also download the NDTV Cricket app for Android or iOS.