Neymar Says he has Learnt From FIFA World Cup Pain

Neymar that a back injury suffered during his team's 2-1 World Cup quarterfinal victory over Colombia in July was one of the "worst moments" of his life. 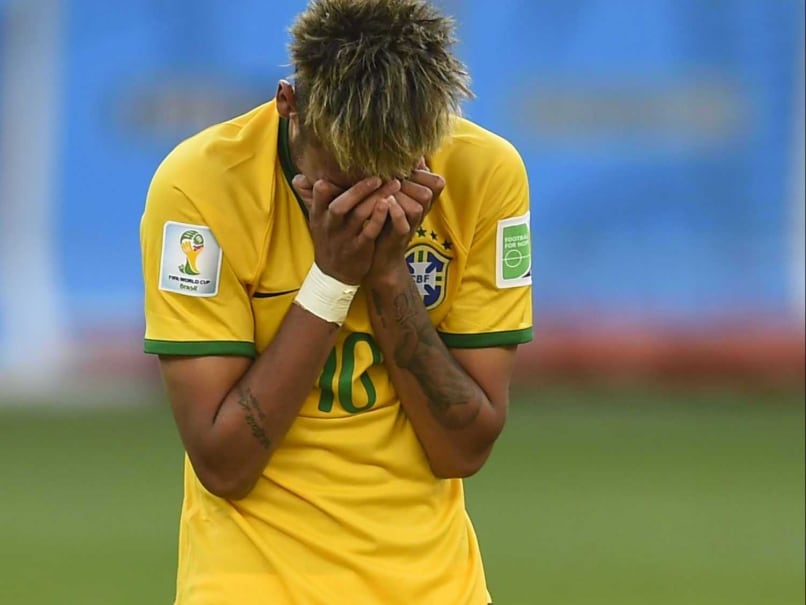 File photo: Neymar in tears after suffering a back injury during FIFA World Cup.© AFP

Brazil's star footballer Neymar said he has learnt important lessons from his 2014 FIFA World Cup heartbreak and he looks to the next year for redemption.

The Brazil captain Tuesday reiterated that a back injury suffered during his team's 2-1 World Cup quarterfinal victory over Colombia in July was one of the "worst moments" of his life, reports Xinhua.

Neymar was ruled out of the tournament with a fractured vertebra after clashing with Colombia's Camilo Zuniga late in the match in Fortaleza.

The hosts were eliminated from the World Cup four days later when they lost 1-7 to eventual winners Germany in Belo Horizonte.

"It was a year of lessons, happiness and sadness," the Barcelona forward said during the opening of his Neymar Jr Institute for underprivileged children.

"It was an excellent World Cup from a certain point of view. But then I got injured and that was one of the worst moments of my life."

Neymar has already scored 16 goals from 19 matches in all competitions for Barcelona this season.

He has also shone for Brazil since replacing Thiago Silva as captain in September.

He scored all four goals in the 4-0 victory over Japan in October and added a brace in a 4-0 rout of Turkey in November.

The Selecao No.10 looks set to again be his team's central figure at the Copa America in Chile next June and July.

"That (World Cup disappointment) has come and gone. This season has gone well and I hope it continues," Neymar told reporters.

Located in the 22-year-old's home town of Praia Grande, in Sao Paulo state, the Neymar Jr Institute provides sports and academic facilities for children aged seven to 14 from low-income families.

Comments
Topics mentioned in this article
Brazil Neymar FIFA World Cup 2014 Football
Get the latest updates on ICC T20 Worldcup 2022, check out the Schedule and Live Score. Like us on Facebook or follow us on Twitter for more sports updates. You can also download the NDTV Cricket app for Android or iOS.