Costa Rica face Netherlands in the quarterfinals of FIFA World Cup and would hope to extend their dream run at the cost of the Dutch. 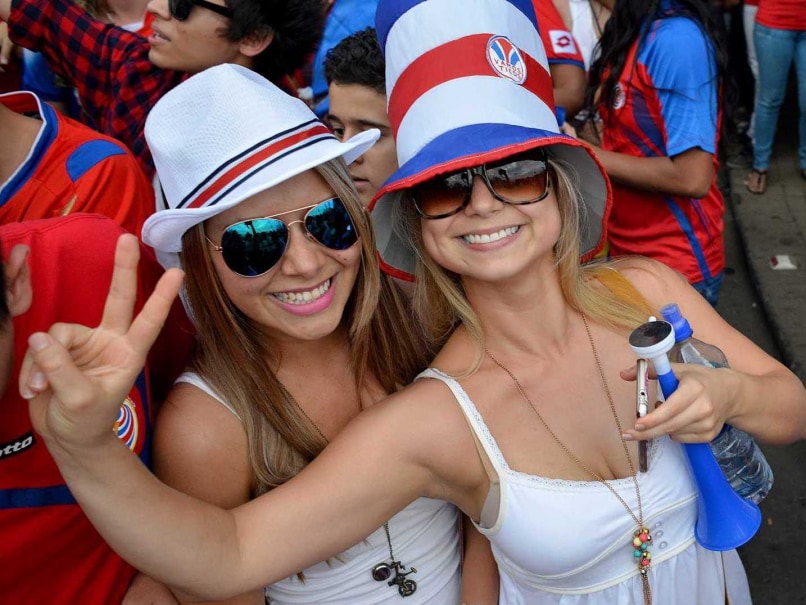 When Costa Rica faced Uruguay on June 14 in its first match of the World Cup, it was not so much a case of David versus Goliath but rather David versus David. This time fortune favored the Central Americans: Against all expectation - they had never beaten Uruguay, the two-time Cup winners - the Costa Ricans won, 3-1.

But if ever there were a country from which La Sele (the Costa Rican national team), which will face the Netherlands in the quarterfinals Saturday, might learn how to punch above its weight it is from plucky little Uruguay.

The similarities between both countries are not confined to the playing field. With populations under 5 million, Costa Rica and Uruguay pride themselves on democratic traditions that, at times, have been at odds with neighboring countries. Political stability and sporting prowess have tended to further a sense of national exceptionalism.

Soccer may have first been played in Costa Rica in the 1870s, but it was not until 1921 that the national team first took to the field. At the Centenary Games for the Independence of Central America, Costa Rica crushed Guatemala, 6-0, in the final. The country's first foray onto the international stage had been without defeat. Thirty years later, at the inaugural Pan-American Games, it was the Central Americans' turn to suffer humiliation. Argentina, the hosts, put seven goals past La Sele.

For a country that had shown promise early, it would not be until the last decade of the twentieth century that La Sele qualified for its first World Cup. In Costa Rica, there is soccer before Italia '90 and soccer after that date.

The country would find its savior in the journeyman Serbian coach Bora Milutinovic. He helped steer La Sele to victories over European opposition - Scotland and Sweden - and a narrow loss to Brazil. In the Round of 16, La Sele was undone by a rampant Czechoslovakia, which scored four times. Nevertheless, the tournament had changed the world's perception of the Central Americans. Soccer had allowed Costa Rica entry to what the Afro-Trinidadian historian C.L.R. James once called "the comity of nations."

When the country failed to qualify for the 1998 World Cup, after having missed out on the United States edition four years before, young fans threatened to change their nationality The humiliation was such that one fan even declared himself a Nica (Nicaraguan). Costa Rica has enjoyed over a century of border disputes with its neighbor.

But then in soccer, the pain of defeat can be very short.

On Sept. 5, 2001, Costa Rica defeated the United States, 2-0, to qualify for the 2002 World Cup. The country's independence day was celebrated 10 days early. But the tournament was a disappointment. This time Brazil scored five goals against La Sele. The worst came four years later, when Costa Rica lost all its group matches.

In a region where Mexican soccer tends to dominate, Mexico still remains the country to beat. Costa Rica may view Mexico as its archrival, but the classic derby (or grudge) match is still between Mexico and the United States. But that may change. Costa Rica has now equaled Mexico's record of reaching the World Cup quarterfinals. Though, according to the writer Juan Villoro, defeat for Mexico has become somewhat of "a national calling."

In the Netherlands, La Sele faces its toughest opposition yet. The Dutch may feel that, in this most open of World Cup tournaments, there has never been a greater opportunity to succeed where it has failed on three occasions.

For La Sele, this is a journey into the unknown. But one from which it can learn lessons from that other diminutive Latin American republic. Relishing the underdog tag, Uruguay managed to wrest the crown from Brazil in 1950. Not that the Costa Ricans are expected to perform a miracle of similar magnitude. But a semifinal berth is not beyond the realm of possibility.

If La Sele does manage this feat - and the game is made for such upsets - it will allow Central American soccer to emerge from the long shadow of its South American neighbor. It may also bring a sense of solidarity to the region's soccer.

The game in Central America is no stranger to open hostility. In 1969, Honduras and El Salvador faced each other in the semifinal round of World Cup qualification in a climate of overt animosity. Soccer provided the excuse for the 100-hour "Soccer War." The two countries did not play each other for another 10 years.

As Gen. Fidel Sanchez Hernandez, El Salvador's president during this infamous episode, stated, "All wars in Central America are essentially civil wars." It would be nice to think that a Dutch defeat Saturday would not just be a victory for Costa Rica but for all Central Americans.