Brazil Lobbies for Punishment of the Colombian Player Who Injured Neymar

Neymar sustained a lumbar vertebra fracture when he was kneed in the back by Colombia defender Juan Camilo Zuniga late in a quarterfinal match on Friday. Brazil won the game, 2-1, but announced afterward that Neymar would miss the rest of the tournament. 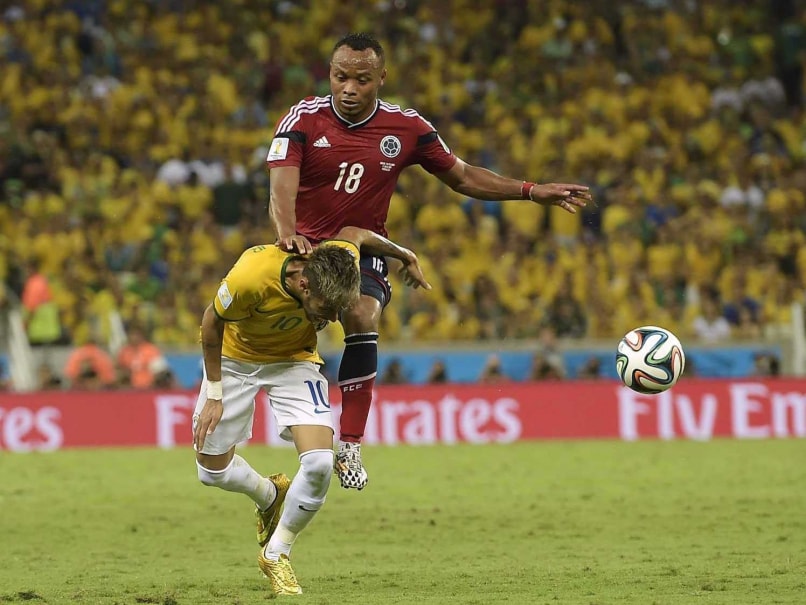 At 22, Neymar has emerged as one of the biggest stars in international football.© AP
Rio de Janeiro:

Brazil's soccer federation is pressing FIFA to punish the Colombian player whose tackle caused the injury that has sidelined Brazil's top player, Neymar, for the rest of the World Cup. (Brazil Want Zuniga Punished)

Neymar sustained a lumbar vertebra fracture when he was kneed in the back by Colombia defender Juan Camilo Zuniga late in a quarterfinal match Friday. Brazil won the game, 2-1, but announced afterward that Neymar would miss the rest of the tournament. His injury has infuriated Brazilians. Late Saturday, the Brazilian federation, known by th e acronym CBF, presented evidence - presumably video and supporting documentation - to FIFA's disciplinary committee and demanded action. (Brazil Want Silva Card Revoked)

The committee is responsible for any potential supplementary discipline; Zuniga was called for a foul but did not receive a yellow card on the play. Neymar fell to the turf in obvious pain and was carried from the field on a stretcher, and the Brazilian news media have breathlessly reported on his injury since it happened. Zuniga told reporters after the match that he considered the play "a normal challenge as part of the game."

"We both wanted to win the ball, and we both went in a little strong," Zuniga said in Spanish, adding, "I certainly didn't go into the challenge hoping to fracture his back." (Pele Hopes Brazil Can Win Without Neymar)

The game's referee, Carlos Velasco Carballo, has also come under heavy criticism for the tenor of the match, which had 54 fouls, the most in this World Cup. FIFA said Velasco Carballo would be evaluated through the normal review processes for each game, but any potential punishment may be little more than the loss of more assignments at this World Cup.

The CBF also asked the disciplinary committee to consider an appeal of a yellow card issued to Brazil's captain, Thiago Silva, in the Colombia match.

The card was Thiago Silva's second of the World Cup, meaning he is suspended for Brazil's semifinal against Germany. It appeared highly unlikely that FIFA would overturn the ban.

© 2014, The New York Times News Service
Comments
Topics mentioned in this article
FIFA World Cup 2014 Neymar Juan Zuñiga Brazil Colombia Football
Get the latest updates on ICC Women's Cricket World Cup 2022 and IPL 2022, check out the Schedule , Live Score and IPL Points Table. Like us on Facebook or follow us on Twitter for more sports updates. You can also download the NDTV Cricket app for Android or iOS.