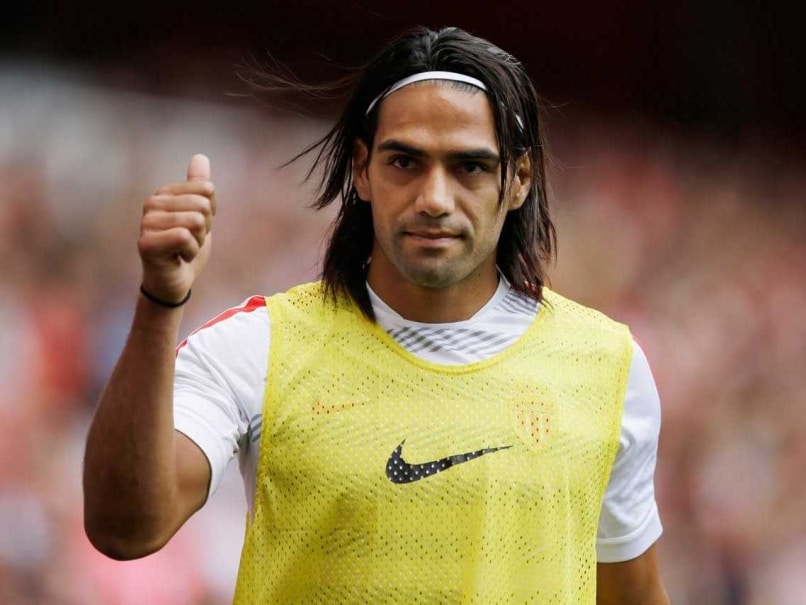 File photo: Radamel Falcao during a training session with AS Monaco.© AP
London:

Following a period of relative parsimony in Alex Ferguson's final years as Manchester United manager, the English giants have changed course dramatically in the 15 months since he retired.

Ferguson was fond of the refrain that there was "no value" in the transfer market whenever he was asked to explain United's apparent reluctance to spend, but the club's recent travails have prompted a radical rethink.

After the sacking of David Moyes and a seventh-place finish in the Premier League last season, United have allowed new manager Louis van Gaal to spend over £150 million ($249 million, 190 million euros) on new players.

Culminating in the arrivals of Argentina winger Angel di Maria for a British-record fee of £59.7 million and Colombia striker Radamel Falcao on a season-long loan from Monaco costing around £6 million, it was an unprecedented splurge, even for a club worth as much as United.

United have also signed Daley Blind, a member of the Netherlands squad that finished third at the World Cup under Van Gaal, in a £14 million deal from Ajax.

With captain Nemanja Vidic, Rio Ferdinand, Patrice Evra, Alexander Buttner, Danny Welbeck and Shinji Kagawa leaving, and Ryan Giggs hanging up his boots to become Van Gaal's assistant, it has been a period of great upheaval at Old Trafford.

United's absence from European competition for the first time since 1989 has not prevented them from acquiring elite players, but the new signings do not appear to have been the fruit of meticulous forward planning.

Whereas many observers have pinpointed central defence and central midfield as United's weak points, they finished the transfer window having signed one central midfielder, a winger, a striker, and three players who played at left-back at the World Cup.

Two of those left-backs can play in other positions -- Rojo at centre-back, Blind as a holding midfielder -- but like Di Maria and Falcao, their hastily finalised transfers, ratified late in the window, suggested an element of panic.

Despite an overwhelmingly positive pre-season, the 20-time champions are without a win after three league games and were embarrassed 4-0 by third-division Milton Keynes Dons in the League Cup.

The challenge now facing Van Gaal is how to accommodate all of his stellar signings in his first XI.

Even with the forward-laden 3-4-1-2 system that the Dutchman has introduced, it is difficult to see how room can be found for Falcao, Di Maria, Wayne Rooney, Robin van Persie, and Juan Mata in the same team.

"United now have so many attacking players that I am unsure how they are going to fit them all in," former United striker Michael Owen told the Sportlobster social networking website.

"I think this is why they originally started with the 3-5-2 formation, so they could accommodate loads of attackers, but now I think Van Gaal may sacrifice Mata."

In defence it is quite the opposite, with Jonny Evans and the still relatively unproven Phil Jones and Chris Smalling offering few guarantees of a return to the solidity of the Vidic-Ferdinand era.

The transfers may buy Van Gaal time, but he will not be given forever to find a formula that works.

In less than two months, he has overseen a net outlay of £137 million on players -- only around £5 million less than Ferguson spent in his last 10 years at the club.

Comments
Topics mentioned in this article
Radamel Falcao Angel Di Maria English Premier League Manchester United Football
Get the latest updates on India vs England Series, India vs England , live score and IPL 2021 Auction . Like us on Facebook or follow us on Twitter for more sports updates. You can also download the NDTV Cricket app for Android or iOS.