Manchester United suffered their third defeat of the Premier League season after losing 1-3 to West Ham United on Saturday. 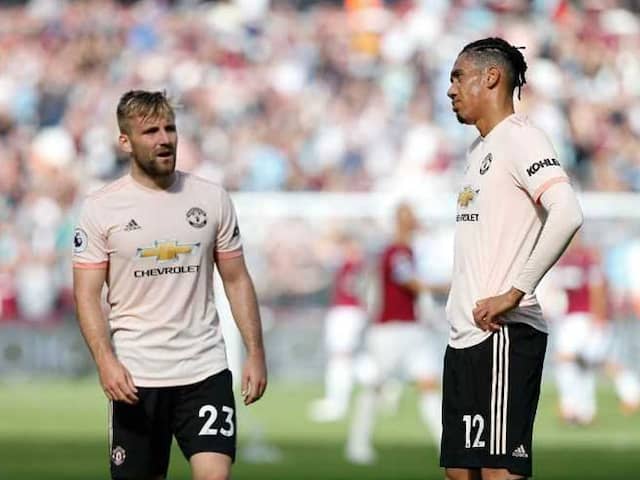 Former Manchester United defender Rio Ferdinand said the club faced some "big decisions" over manager Jose Mourinho's future after a damaging 1-3 loss away to West Ham United on Saturday. United's third defeat in seven Premier League games left them eight points behind leaders Liverpool and three adrift of the top four, with Mourinho's men now having played one game more than the teams above them in the table. "As a footballer your DNA is about hard work and effort," said Ferdinand, now a pundit with BT Sport.

"I didn't see that today," added the former England centre-half, who began his career at West Ham.

"I didn't see them make two or three passes in succession -- that's criminal.

"I don't see enough players working hard to say to the manager 'this is my place in the team'. You've got to work hard and grind and Man Utd didn't."

And a concerned Ferdinand insisted: "There are some big decisions to be made at United now. There will be conversations at the top level, about the future of the manager and the squad, because the basics are not being done. There has to be something said."

Manchester United were behind as early as the fifth minute at the London Stadium when Anderson opened the scoring for West Ham.

And they were 0-2 down before half-time when Andriy Yarmalenko's shot from inside the box deflected off Victor Lindelof for an own-goal.

Barely 60 seconds after midfielder Paul Pogba -- whose stand-off with Mourinho during a training session earlier this week featured heavily on social media -- was substituted, United cut the deficit through Marcus Rashford's 71st-minute goal.

But hopes this might spark a major recovery by the visitors were soon dashed when Marko Arnautovic -- who played under Mourinho at Inter Milan -- restored the Hammers' two-goal lead three minutes later.

Arnautovic was in no doubt the Hammers had earned their victory.

"It doesn't matter how they set up, our game was to try to win, we have to do our job and we did it excellently, and that is why we deserved to win," he said.

As for Mourinho, Arnautovic added: "I have nothing to say. I look at my team, whatever the other team is doing is not our stuff."

Paul Pogba Jose Mourinho English Premier League Football
Get the latest Cricket news, check out the India cricket schedule, Cricket live score . Like us on Facebook or follow us on Twitter for more sports updates. You can also download the NDTV Cricket app for Android or iOS.