Manchester City manager Pep Guardiola refused to be drawn on the report at his pre-match press conference on Friday. 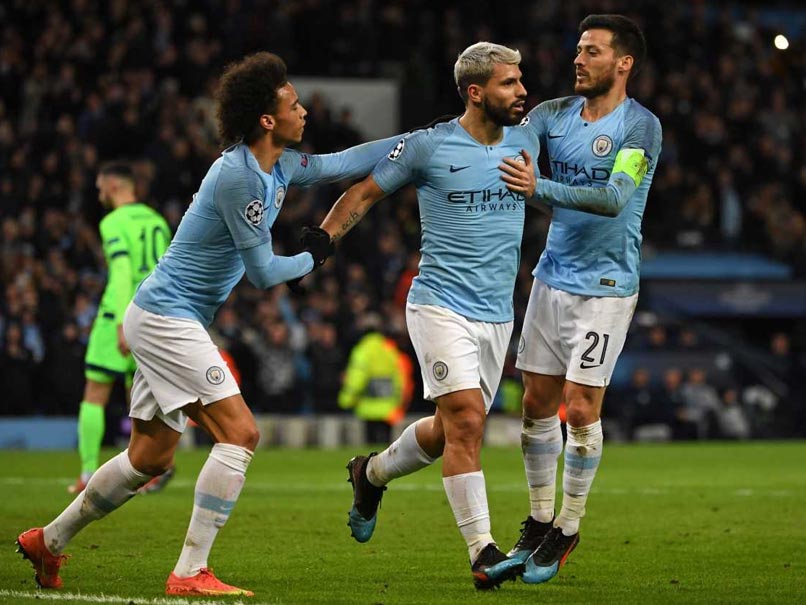 Manchester City will be banned by FIFA from making signings in the next two transfer windows after they broke rules related to the protection of youth players and third-party ownership, according to a report in the Sun newspaper. The club are already being investigated by the Football Association and Premier League over allegations related to youth transfers and financial fair play rules. European football's governing body UEFA is also looking into potential breaches of financial fair play, an investigation that could result in City being banned from the Champions League.

A transfer ban for the Premier League champions would come less than a month after Chelsea were hit with the same sanction for 29 breaches of article 19 of FIFA's regulations on the transfer and status of players.

The west London club have already lodged an appeal against that punishment but were told by world governing body FIFA last week that the sanction would not be frozen while the case is being reviewed, as Chelsea had hoped.

FIFA has been investigating City's international transfers for several years, although the club were cleared of breaking the rules when they signed Benjamin Garre from Velez Sarsfield in 2016 just after the Argentine midfielder's 16th birthday.

According to the Sun report, FIFA believes Manchester City have crossed the line, though, in regards to their relationship with FC Nordsjaelland and the Right To Dream football academy in Ghana that is also owned by the Danish side's president, Tom Vernon.

Last year, two players from the academy, Sierra Leone's George Davies and Ghanaian Dominic Oduro, told Danish newspaper Jyllands-Posten that they signed for City and played in youth matches before they turned 18.

Both have since left City, Davies now plays in Latvia and Oduro in the United States, but FIFA has been investigating their time with the English club.

And that investigation was broadened later in 2018 when a second Danish newspaper, Politiken, published a story that said City had a secret deal with Vernon to have first refusal on the best prospects from Right to Dream.

If true, that would be a breach of the rules preventing the third-party ownership of players, as City could be argued to have undue influence over another club's players.

City manager Pep Guardiola refused to be drawn on the report at his pre-match press conference on Friday.

"I said what I said last week. I was clear on my opinion. I don't have any more comments," Guardiola said.

Asked if his squad could withstand a transfer ban, he added: "The squad is really good."

City have welcomed the UEFA investigation into allegations that the club tried to circumvent financial fair play regulations.

As well as Chelsea, Spanish trio Atletico Madrid, Barcelona and Real Madrid have all been punished for signing under-age players from abroad in the past.

Real were able to get their ban reduced on appeal to the Court of Arbitration for Sport, an avenue Chelsea will also explore.