Liverpool were drawn to play FC Porto in the knockout rounds for the second year in succession. 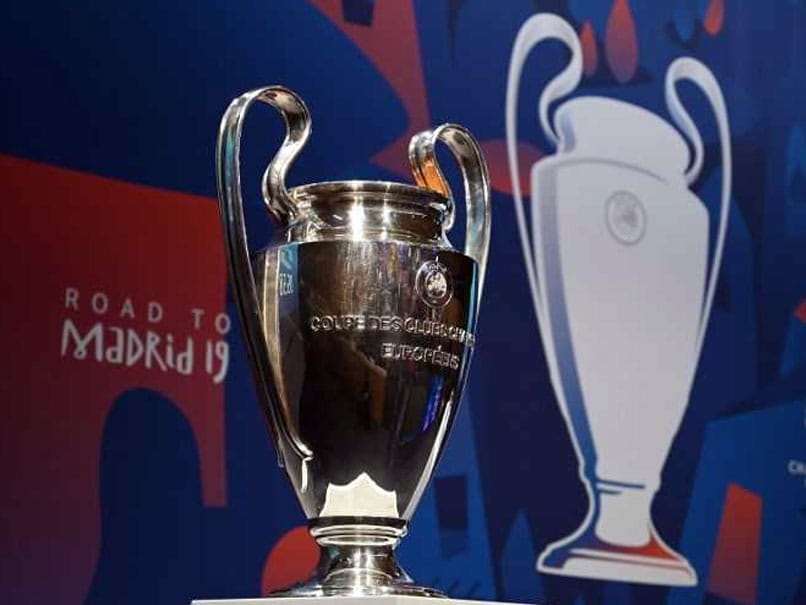 Manchester United will face Barcelona in the Champions League quarter-finals while Manchester City and Tottenham Hotspur clash in an all-Premier League tie following Friday's draw. Liverpool were drawn to play FC Porto in the knockout rounds for the second year in succession, as Ajax's reward for eliminating the holders Real Madrid is a two-legged tie against Cristiano Ronaldo and Juventus.

English hopes are high that this could be their year in Europe's elite club competition after all four of their representatives made it through to the last eight.

However, Ole Gunnar Solskjaer's United will have their work cut out if they are to go any further as they take on the Barcelona of Lionel Messi in the headline tie.

For Solskjaer, the second leg will bring back memories of the 1999 final, when the Norwegian came off the bench to score a stoppage-time winner for United against Bayern Munich at Barcelona's Camp Nou stadium.

With City and United not allowed to play their home leg in the same week, United will entertain the leaders of La Liga at Old Trafford on April 9 or 10, with the return a week later.

The last time the Premier League had four teams in the quarter-finals, in 2008/09, Barcelona beat the Old Trafford side 2-0 in the final in Rome. The clubs clashed again in the final at Wembley in 2011, with Barca winning 3-1 on that occasion.

UEFA also drew the semi-finals on Friday, meaning the winners of the Barcelona v United will face either Liverpool or Porto in the last four.

Jurgen Klopp's side, fresh from knocking out Bayern Munich in the last 16, will be confident of beating the Portuguese champions after defeating them 5-0 on aggregate in the last 16 on their way to the final last season.

Liverpool will host two-time European Cup winners Porto at Anfield in the first leg before heading to the Estadio do Dragao in the return on April 16 or 17.

There is guaranteed to be one English team in the semi-finals after Tottenham and City were paired together, with the first leg to be played in London.

With Pep Guardiola's team top of the Premier League, 13 points ahead of Spurs in third, City will be the favourites to advance to their first semi-final since 2016. City have also won their last three meetings with Mauricio Pochettino's team.

The draw means there will be three clashes between the sides in 10 days -- they are also due to meet in the Premier League at the Etihad Stadium on April 20.

The winner of that tie will host either Ajax or Juventus in the first leg of the semi-finals.

The latter tie is a repeat of the 1996 final, which the Italian club won on penalties against an Ajax team who had won the trophy the previous year.

Juventus have lost five finals since then but are hoping Ronaldo can fire them to glory this season after his hat-trick knocked out Atletico Madrid on Tuesday.

That result ended Atletico's dreams of reaching the final, which will be played at their Wanda Metropolitano stadium on Saturday, June 1.

FC Porto Football
Get the latest updates on ICC T20 Worldcup 2022 and CWG 2022 check out the Schedule, Live Score and Medals Tally. Like us on Facebook or follow us on Twitter for more sports updates. You can also download the NDTV Cricket app for Android or iOS.