Manchester United have made up an 11-point gap to the Premier League top four under Solskjaer, but their Champions League status for next season is still far from assured. 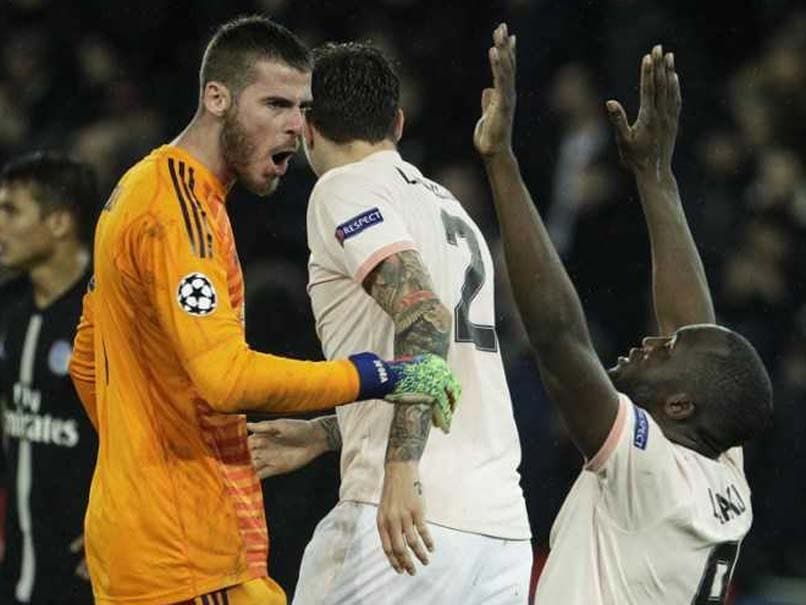 Manchester United have no time to celebrate their remarkable win over PSG as they face Arsenal next.© AFP

After the miracle of Paris, Manchester United have no time for a hangover when they travel to Arsenal on Sunday if their chances of even qualifying for next season's Champions League are not to suffer significant damage. Should United repeat their 3-1 success at the Emirates in the FA Cup six weeks ago, Ole Gunnar Solskjaer will rack up a perfect 10 away wins since taking caretaker charge to make a seemingly irrefutable case to be handed the job on a permanent basis. The highlight was beating free-spending Paris Saint-Germain 3-1 in dramatic circumstances on Wednesday to progress to the quarter-finals of the Champions League on away goals and erase the consequences of Solskjaer's only defeat in 17 games in charge.

United have made up an 11-point gap to the Premier League top four under the Norwegian, but their Champions League status for next season is still far from assured.

The Red Devils lead Arsenal by just a solitary point and a two-point advantage over sixth-placed Chelsea could be wiped out by the Blues' game in hand at home to Brighton.

Momentum is on United's side, but they face a far tougher run-in than the Gunners with title chasing Manchester City and Chelsea still to visit Old Trafford.

By contrast, the visit of Solskjaer's men is Arsenal's last against top six opposition.

"I don't think it is definitive, but we need to show and push on Sunday to take more possibility to finish in the top four," said Arsenal boss Unai Emery.

The Spaniard also has reason to be positive. Arsenal have not been beaten at the Emirates in the Premier League since City's visit on the opening day of the season and have won their last eight home league games.

"We played against a big team and at some moments showed we can fight and battle with them, but we lost and that is the reality," added Emery on the FA Cup tie between the pair.

"We need fresh players, players with energy, we need quality, we need good combinations, and we need the players who start on the bench after they can help us on the pitch and deliver a big performance as well."

That suggests Emery could make major changes from the side that lost 1-3 to Rennes in the Europa League on Thursday.

Alexandre Lacazette looks set to return up front after he was suspended for the trip to France in midweek, meaning Arsenal's top-scorer Pierre-Emerick Aubameyang faces being benched once more.

Aubameyang missed a late penalty that would have brought victory over Tottenham in the north London derby last weekend after coming on as a substitute and Emery has defended his tendency to start just one of his two star strikers.

"They need to accept the decision. I am finding the best decisions for the team," said the former PSG coach.

"Sometimes I am not happy with them both when their performances are not good when they're both playing, but I am very consistent in our work to take the best decision and to give them the best performance for us, whether they're playing together or alone."

Solskjaer, by contrast, is positive Romelu Lukaku and Marcus Rashford can strike up a fruitful partnership after both scored in the French capital in midweek.

Rashford started Solskjaer's reign as the preferred option up front, but Lukaku has forced his way back into the side, scoring twice in each of his last three matches.

"Of course we played with two up front, with him (Lukaku) and Rashy against PSG," said Solskjaer.

"They might form a very nice partnership together, because I wouldn't like to be a defender having them two running at me!"

Solskjaer also has more options on Sunday after 10 first-team players missed Wednesday. Paul Pogba is back from suspension, while Anthony Martial, Nemanja Matic and Ander Herrera could be fit to return from injury.