England are a little over hundred runs away from completing a great win with Joe Root and Jonny Bairstow unbeaten overnight. 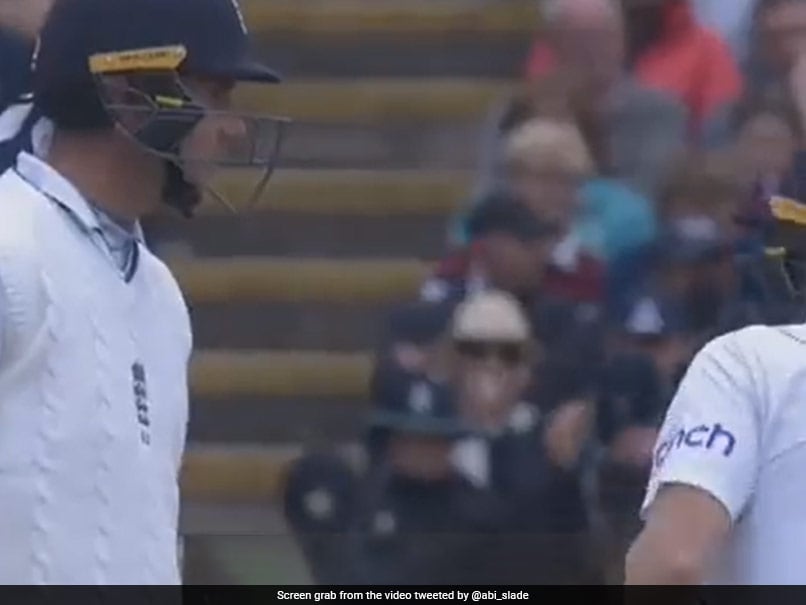 England might be inching towards a great comeback victory against India but star paceman Stuart Broad has had a match to forget so far. Broad was first taken to the cleaners by Jasprit Bumrah and had the ignominious record of bowling the costliest over in Test cricket to his name. He was then given a dressing down by English umpire Richard Kettleborough as he tried to argue about something when he had come out to bat in England's first innings.

In a video, that has now gone viral  on social media, stump mic caught umpire Kettleborough's voice as he asked Broad to "shut up" and carry on with his batting,

The umpire can also be heard telling Broad that he could land in trouble again.

"Let us do the umpiring - you do the batting, alright?" Kettleborough said.

"Otherwise you're going to get into trouble again. One for the over. Broady! Broady! Get on with the batting and shut up," Kettleborough could be heard warning the England star.

England are a little over hundred runs away from completing a great win with Joe Root and Jonny Bairstow unbeaten overnight.

England's bowlers led by captain Ben Stokes bundled India out for 245 in the second innings and that opened the doors for a fightback.

As England have shown since Brendon McCullum took over as head coach, they ttacked the target from the word go with openers Alex Lees and Zak Crawley sharing a century opening stand.

Three wickets fell quickly but Root and Bairstow stamped their class to deflate the Indian attack.

Listen to the latest songs, only on JioSaavn.com
Comments
Topics mentioned in this article
England vs India, 2022

Stuart Broad Cricket
Get the latest updates on ICC T20 Worldcup 2022 and CWG 2022 check out the Schedule, Live Score and Medals Tally. Like us on Facebook or follow us on Twitter for more sports updates. You can also download the NDTV Cricket app for Android or iOS.