England vs India: Tensions flared between both teams as India wrapped up a dramatic Test win at Lord's to take a 1-0 lead in the five-match series against England. 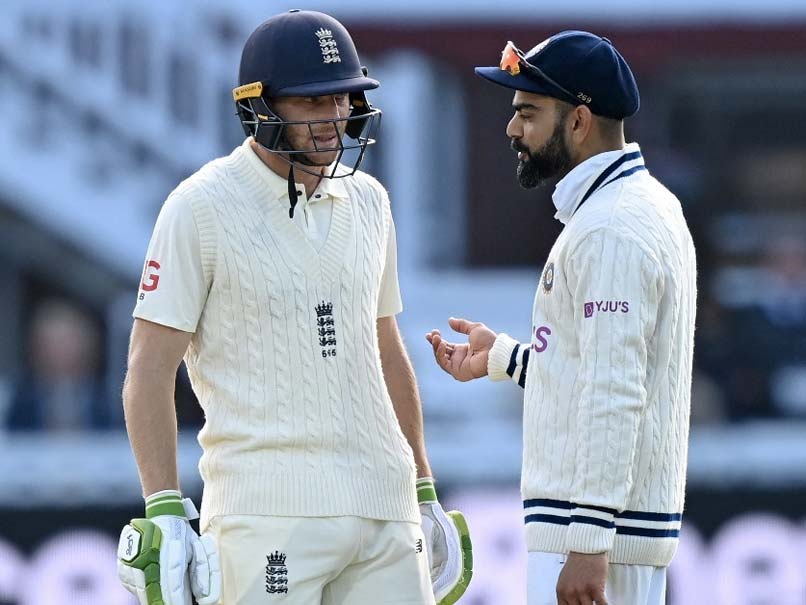 ENG vs IND: Tensions were high on the last day of the match.© AFP

India on Monday wrapped up a dramatic Test win at Lord's to take a 1-0 lead in the five-match series against England. While the cricket in itself was entertaining enough, with several twists and turns and some brilliant performances, tensions also flared between both teams. What started with Jasprit Bumrah delivering a barrage of short deliveries to England's No.11 James Anderson, went on to an exchange between India captain Virat Kohli and Anderson, followed by verbal volleys between Bumrah and England players when he came on to bat and then finished with Kohli constantly getting in the ear of Jos Buttler, who was doing his best to try and save the Test match for the hosts.

Kohli, after the match, said that the tension between the two teams motivated the visitors to claim an unlikely victory.

Bumrah, after being targeted with some short deliveries himself when he came to bat, put on a stunning rearguard with Mohammed Shami (56*) on Day 5 to take an England win out of the equation, from a position where the hosts would felt comfortable in. Bumrah himself scored his highest Test score of 34 not out in the unbeaten 89-run stand with Shami.

He then went on to get Rory Burns' wicket in the very first over after India declared, and then took two more - including the key wickets of Joe Root and Ollie Robinson.

"A bit of tension on the field really motivated us to finish the game," Kohli said.

"Super proud of the whole team, the way we stuck to our plans after being put in (to bat)," he said.

"Our performance with the bat was outstanding. Pitch didn't offer much on first three days. But the way we played in the second innings, under pressure, from Jasprit and Shami was outstanding."

He hailed Shami and Bumrah's contributions with the bat as well.

"When we were the most successful as a Test team, our lower order was contributing, we went away from that a bit away from home but they are putting in the hard work with the coaches. The belief and the desire is there, to do the job for the team," Kohli said.

Joe Root Rory Burns
Get the latest updates on India vs South Africa and check out  Schedule, Results and Live Score. Like us on Facebook or follow us on Twitter for more sports updates. You can also download the NDTV Cricket app for Android or iOS.