"Not Felt Like This Ever": James Anderson On Duel With Jasprit Bumrah At Lord's

England vs India: James Anderson recalled the experience of facing a bouncer barrage from Jasprit Bumrah during the second Test match at Lord's. 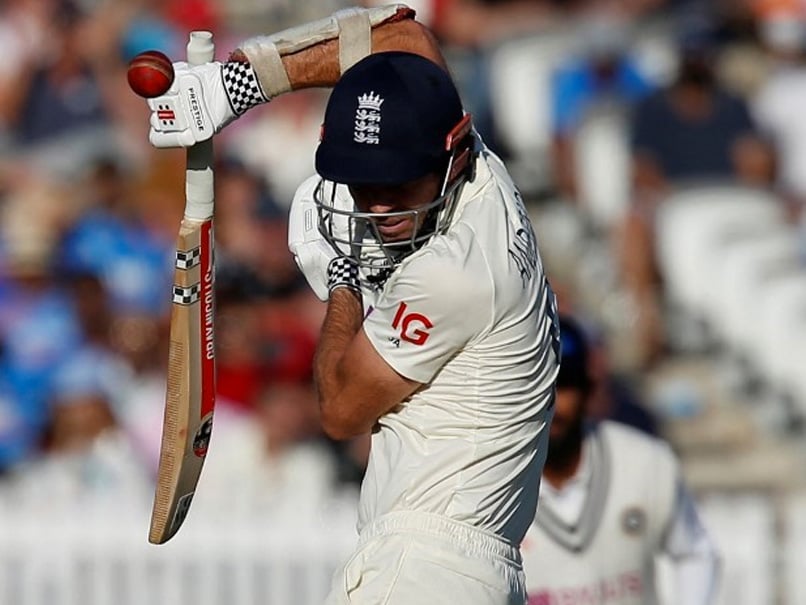 James Anderson faced a 10-ball over from Jasprit Bumrah in the second Test at Lord's.© AFP

England's veteran pacer James Anderson reminisced about his battle with India's Jasprit Bumrah that took place at Lord's during the second Test of the five-match series. Anderson had to face a 10-ball over from Bumrah, who was firing on all cylinders in search of his first wicket in the match. The 39-year-old managed to survive the bouncer barrage from Bumrah but lost his wicket to Mohammed Shami in the very next over. Recalling the experience of facing one of the most intimidating spells in Test cricket, Anderson said he has not experienced something like that ever in his career.

During a BBC podcast called 'Tailenders', Anderson said he got caught off guard while facing Bumrah in the first innings of the second Test.

"I got caught off guard a bit because all the batters coming in were saying how slow the pitch was, when it is banged in short, it is really slow. Similarly, when I came out to bat Joe Root said Bumrah is not bowling as quick as he normally does. And then first ball was 90mph on the money, wasn't it?"

"After that I have not felt like this, I don't think ever in my career, I felt like he wasn't trying to get me out. He bowled an over that was maybe 10, 11, 12 balls, bowling no ball after no ball, and bowling short. I think he bowled two on the stumps, which I managed to dig out," he added.

England managed to take a small lead in the first innings but lost the plot on the final day as Bumrah and Shami put on an unbeaten 89-run stand for the ninth wicket to put Indian in command.

The Indian bowlers fired collectively in the second innings to bowl out England for 120 and take a 1-0 series lead in the five-match series.

Jasprit Bumrah
Get the latest updates on IND vs NZ 2021, check out the Schedule and Live Score . Like us on Facebook or follow us on Twitter for more sports updates. You can also download the NDTV Cricket app for Android or iOS.