India vs England: Ravichandran Ashwin May Be Picked Ahead Of Ishant Sharma For Oval Test, Says Report

India vs England: According to reports, India's senior-most pacer Ishant Sharma may not find a place in the playing XI at The Oval and could be replaced by Ravichandran Ashwin. 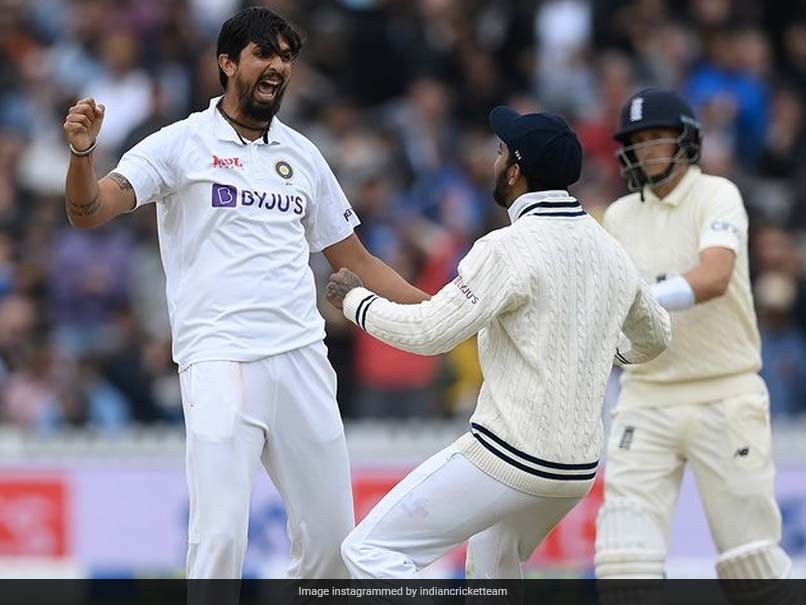 IND vs ENG: Ishant Sharma endured an indifferent show in the third match in Leeds.© Instagram

India's senior-most pacer Ishant Sharma may not find place in the playing XI in the remaining two Tests against England after an indifferent show in the third match, which the visitors lost by an innings and 76 runs. Ishant's figures of 22-0-92-0 were worst among the Indian pacers as England scored 432 runs but more importantly, the veteran looked jaded. The gingerly run-up never transformed into the bustling Ishant that the fans are accustomed to watch. He bowled primarily in the late 120kmph and early 130kmph but was hardly penetrative, effectively turning India's attack into three-pronged pace unit.

There has been no confirmation whether Ishant, who has had a history of ankle injuries as well as side strain issues, was fully fit during the third Test match.

Skipper Virat Kohli refused to speak about Ishant's performance after the match but did indicate that there will be changes keeping in mind the workload of the pace bowlers.

However Ishant, who didn't play the first Test has bowled 56 overs across three innings with five wickets to show for his efforts.

It's clear that during this English summer since the World Test Championship final Ishant does not seem to have the sting when he bowls third or fourth spell.

It is still not clear whether India will plan to go in with two specialist spinners but Ashwin, who had a great county game for Surrey at the same venue won't be benched at least in this game.

In case of Ishant going out, the choice would again be between Umesh Yadav and Shardul Thakur. Shardul with his better batting abilities has his nose ahead but Umesh is certainly a better red ball bowler than the Mumbaikar.

But with Kohli clearly pointing out that workload will be monitored, it will be seen whether the seasoned Mohammed Shami with 11 wickets from 96.5 overs is rested to keep him fresh for the final Test or Jasprit Bumrah.

Bumrah has bowled the maximum overs among Indian pacers (108 overs) taking 14 wickets. The pacer is expected to play most games for Mumbai Indians in the IPL and is very important member of the T20 World Cup team.

The other pacer Mohammed Siraj, who is only a couple of months junior to Bumrah, has bowled 100.5 overs in the series.

Ravichandran Ashwin England vs India, 2021 Cricket
Get the latest updates on IND vs NZ 2021, check out the Schedule and Live Score . Like us on Facebook or follow us on Twitter for more sports updates. You can also download the NDTV Cricket app for Android or iOS.