The BCCI Vice President Rajeev Shukla on Friday said negotiations with England and Wales Cricket Board (ECB) are underway to resolve the issues "amicably" following the cancellation of the Manchester Test. 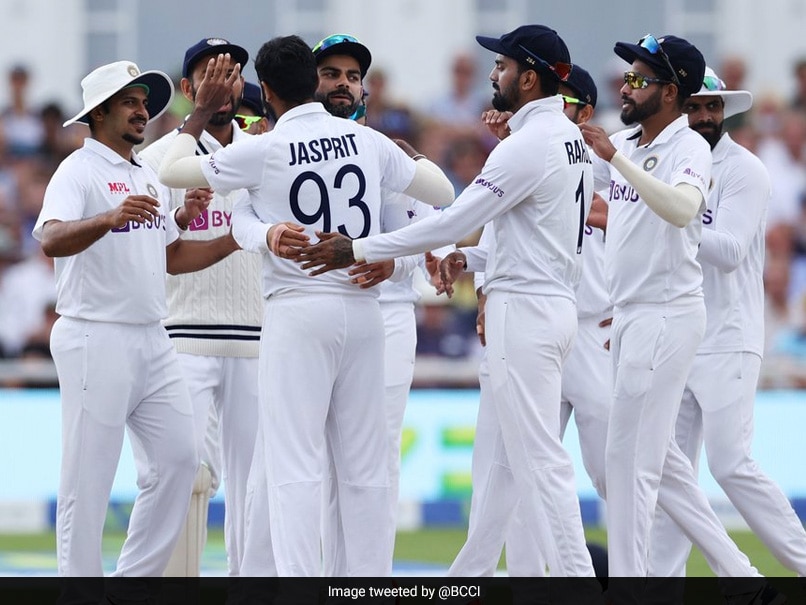 The fifth Test between India and England was cancelled on Friday.© Twitter

The Board of Control for Cricket in India (BCCI) Vice President Rajeev Shukla on Friday said negotiations with England and Wales Cricket Board (ECB) are underway to resolve the issues "amicably" following the cancellation of the Manchester Test. "After wide consultations between BCCI President, BCCI Secretary, Treasurer, me and Joint Secretary, along with ECB Chairman and CEO and in consultations with players, captain, senior players it was decided to call off this Test match which was slated in Manchester," Shukla told ANI.

"And other things you know, other negotiations with ECB will continue in order to resolve the whole issue amicably. There is no question of forfeiting the match, it has been only called off," he added.

When asked whether the match will be played at a later date, Shukla said: "Those negotiations are taking place."

The fifth and final Test between India and England has been cancelled due to "fears of a further increase in the number of COVID cases" inside the Indian camp.

"Following ongoing conversations with the BCCI, the ECB can confirm that the fifth LV= Insurance Test between England and India Men due to start today at Emirates Old Trafford, will be cancelled," ECB said in a statement.

Ahead of the fifth and final Test against England, physio Yogesh Parmar tested positive for COVID-19 in Manchester. This had led to Team India's training session for Thursday afternoon being cancelled.

However, there were no COVID-19 related worries in the England camp and Jos Buttler had said everything is fine and the hosts were looking forward to the game before the match was cancelled on Friday.

England Cricket Team England vs India, 2021 England vs India, 5th Test Cricket
Get the latest updates on ICC T20 Worldcup 2022, check out the Schedule and Live Score. Like us on Facebook or follow us on Twitter for more sports updates. You can also download the NDTV Cricket app for Android or iOS.