England vs India, 4th Test: Pacer Prasidh Krishna was added to India's squad for the fourth Test against England at The Oval, the BCCI said in a release on Wednesday. 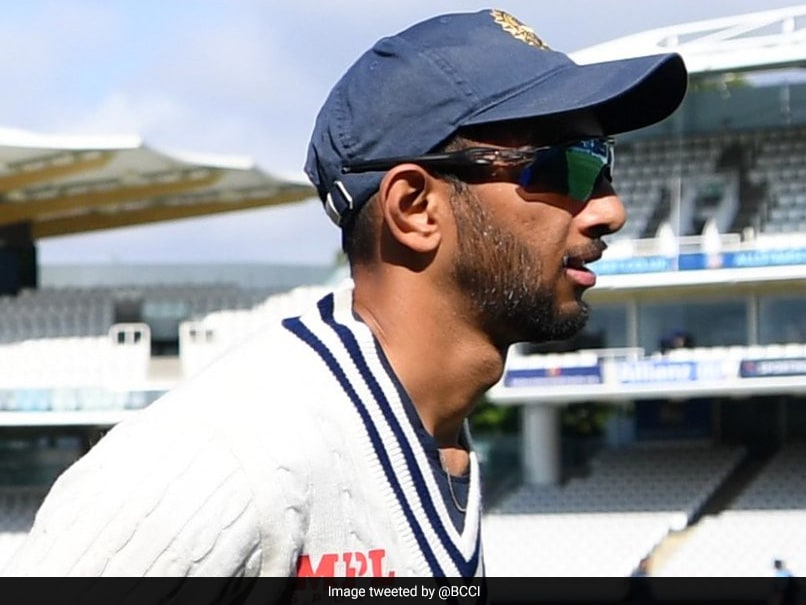 Prasidh Krishna was added to India's squad for the fourth Test against England.© BCCI/Twitter

Fast bowler Prasidh Krishna has been added to India's squad for the fourth Test against England starting Thursday at The Oval, the Board of Control for Cricket in India (BCCI) said Wednesday. "The All-India Senior Selection Committee - based on the request of the team management - has added fast bowler Prasidh Krishna to India's squad for the fourth Test," BCCI said in a media release. "Prasidh, who was on the standby list has been training and travelling with Team India right from the start of the tour. The upcoming Test will be played at The Oval, London from 2nd September."

Krishna, who is uncapped at the Test level, has played three ODIs since his debut against England in March this year.

Krishna's addition to the squad means that India's fast bowling group for the series extends to seven with the likes of Jasprit Bumrah, Mohammed Shami, Ishant Sharma, Umesh Yadav, Shardul Thakur and Mohammed Siraj already in the squad.

India will take the field at The Oval for aiming a comeback from a crushing defeat at Headingley in the third Test.

England won by an innings and 76 runs in Leeds as India were bundled out for 78 runs in the first innings after Virat Kohli won the toss and opted to bat.

Premier spinner Ravichandran Ashwin is yet to feature in the series with all-rounder Ravindra Jadeja playing as the lone spinner in all three Tests thus far.

Krishna's inclusion is in line with Kohli's preference of playing four fast bowlers in the playing XI even at the cost of a vulnerable lower order.

England Cricket Team Prasidh Krishna England vs India, 2021 England vs India, 4th Test Cricket
Get the latest updates on ICC Women's Cricket World Cup 2022 and IPL 2022, check out the Schedule , Live Score and IPL Points Table. Like us on Facebook or follow us on Twitter for more sports updates. You can also download the NDTV Cricket app for Android or iOS.