England vs India: KL Rahul has been fined 15 per cent of his match fee for breaching the ICC code of conduct during the fourth Test at the Oval. 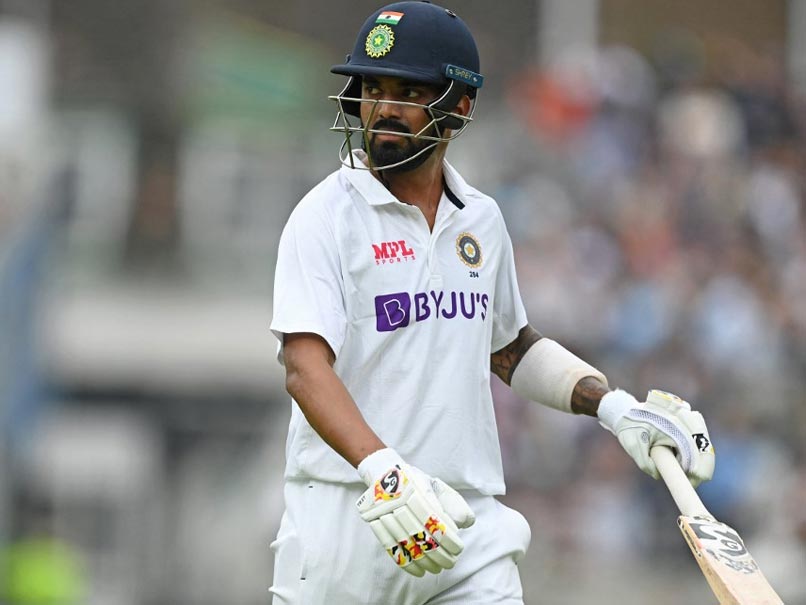 ENG vs IND: KL Rahul was not pleased with the decision to give him out.© AFP

India opener KL Rahul has been fined 15 per cent of his match fee for "showing dissent" at the umpire's decision to give him out in the second innings of the fourth Test against England at the Oval, the International Cricket Council (ICC) said on Sunday. In the first session on Saturday, Rahul was batting on 46 when he edged a delivery from James Anderson to Jonny Bairstow. The umpire initially gave it not out, but England reviewed and replays showed an edge, after which the umpire's original decision was overturned.

Rahul looked displeased at the decision as he walked off.

Rahul was found to have breached Article 2.8 of the ICC Code of Conduct for Players and Player Support Personnel, relating to "showing dissent at an umpire's decision during an International Match."

Rahul will also have one demerit point added to his disciplinary record, the ICC statement said. It was his first offence in a 24-month period.

Rahul accepted the charges and hence a formal hearing was not required, cricket's governing body said.

Rahul's 46 helped India get off to a good start in the second innings at the Oval, with opening partner Rohit Sharma going on to score a century and Cheteshwar Pujara hitting a half-century to take India to a good position at the end of Day 3.

India lead England by 171 runs ahead of Day 4, with Virat Kohli and Ravindra Jadeja at the crease.

Rahul has been in fine form this series and is only behind Joe Root and Rohit Sharma in the run-scorers' list.

With one century and another fifty, Rahul has scored 315 runs in the series so far at an average of 42.85.