England vs India: Led by Virat Kohli, Team India have arrived at the Headingley Stadium to begin practice for their third Test match. 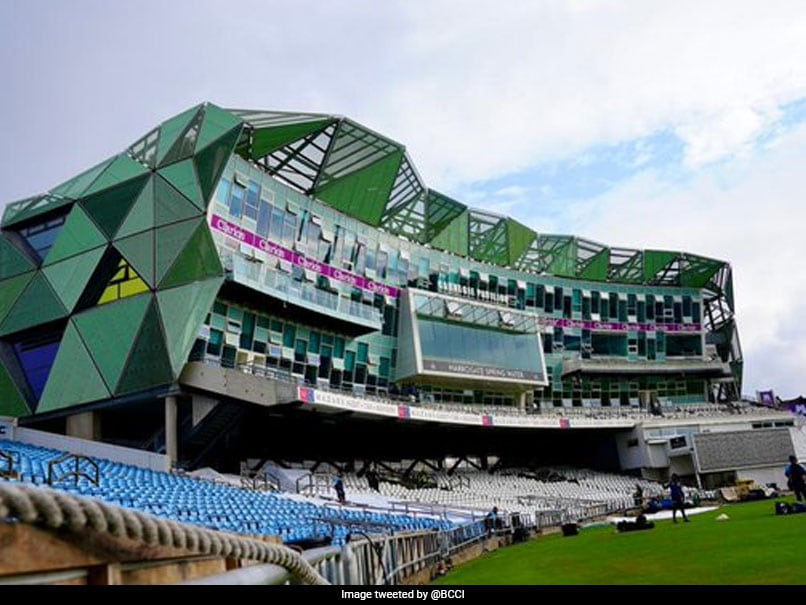 ENG vs IND: The Headingley Stadium will host the third Test match between England, India.© Twitter

Team India on Sunday arrived at Headingley Stadium to begin practice for the third Test against England. The third Test between the two sides will get underway from Wednesday. The first Test had ended in a draw but India staged an incredible comeback to take the second game. "Hello and welcome to the Headingley Stadium, Leeds. Our venue for the 3rd Test against England," the BCCI tweeted. After the win in the third Test, India opening batsman KL Rahul said that if the opposition chooses to engage in verbals with his side, then they very well know how to give it back.

Hello and welcome to the Headingley Stadium, Leeds. Our venue for the 3rd Test against England.#ENGvIND pic.twitter.com/H16mwNpXBs

India and England provided an intense spectacle on day five as players from both sides engaged in verbals and in the end, it was Virat Kohli's team who emerged triumphant in an engaging match.

"If you go after one of our guys, you are going after the whole team. That is why bowlers were really keen to go out there. This is what people come to watch and this highly speaks about how badly each team wants to win. We are looking forward to the next three games, both teams are going to come hard," he added.

Meanwhile, the England Test squad will also report to its Leeds base on Sunday. England men's head coach Chris Silverwood has named a 15-player squad for the third Test.

He has yet to make his Test debut but will be aiming to add to his England credentials, having already been capped by the senior side in ODIs and IT20s.

Headingley, Leeds England vs India, 2021 England vs India, 3rd Test Cricket
Get the latest updates on ICC Women's Cricket World Cup 2022 and IPL 2022, check out the Schedule , Live Score and IPL Points Table. Like us on Facebook or follow us on Twitter for more sports updates. You can also download the NDTV Cricket app for Android or iOS.