India middle-order batsman Suryakumar Yadav and opener Prithvi Shaw departed for England to link up with the Indian Test squad. 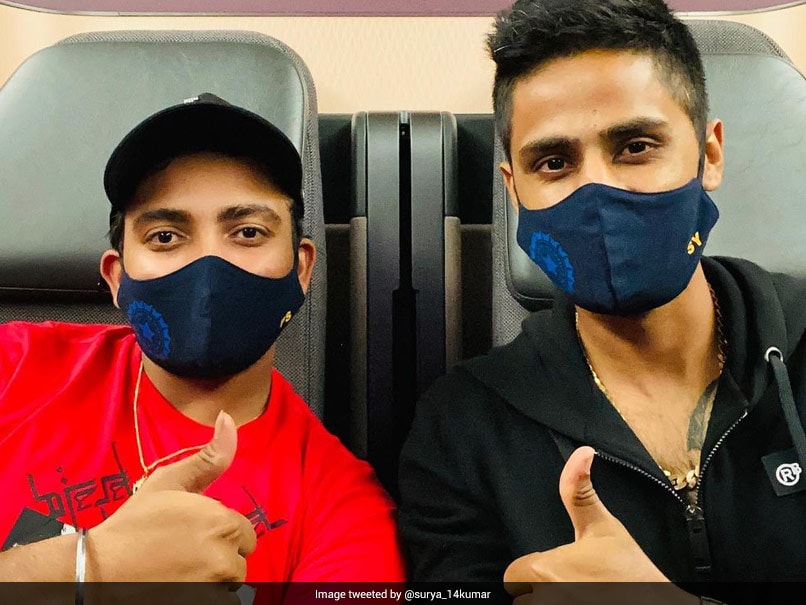 India middle-order batsman Suryakumar Yadav on Tuesday posted a picture with Prithvi Shaw as the duo departed for the United Kingdom to link up with the Test squad. Suryakumar and Prithvi Shaw have been added to the squad after Shubman Gill, Washington Sundar, and Avesh Khan were ruled out of the series due to injuries. In fact, Mayank Agarwal has now been ruled out of the opening game. India and England will face off in five Tests, beginning Wednesday at Trent Bridge, Nottingham. The series will mark the start of the second cycle of the World Test Championship.

Suryakumar posted a photo on Instagram and he captioned the post: "Counting my blessings. Next stop, England."

Earlier, the Board of Control for Cricket in India (BCCI) Secretary Jay Shah backed the request of the team management to have Shaw and Suryakumar join the Indian contingent in England for the five-match Test series. This came after there were doubts on whether there will be a change of plan with the duo being isolated as close contacts of Krunal Pandya in Colombo ahead of the second T20I in the Island Nation.

Speaking to ANI, sources in the know of developments had said the board officials discussed the situation after Suryakumar and Shaw had to be isolated ahead of the second T20I against Sri Lanka, but the board secretary backed the call from skipper Virat Kohli and head coach Ravi Shastri to send the duo to the UK for the Test series.

The BCCI had on July 26 informed that the All-India Senior Selection Committee had named Prithvi and Suryakumar as replacements for the upcoming Test series against England as all-rounder Washington Sundar, batsman Shubman Gill and pacer Avesh Khan had been ruled out of the tour due to injuries.

As per the release, Sundar had taken an injection on his right-hand bowling finger during the three-day practice game against County Select XI. However, his recovery will take longer than expected and he is not bowling-fit. As a result, the spinner had been ruled out of the remainder of the England tour.

Fast bowler Avesh Khan suffered a blow to his left thumb on Day 1 of the warm-up game. He was taken for an X-Ray and the result confirmed a fracture. A specialist was consulted for further management of his injury. He was also ruled out of India's Tour of England.

England Cricket Team Suryakumar Yadav Prithvi Shaw England vs India, 2021 Cricket
Get the latest updates on IPL 2021, check out the IPL 2021 Schedule and Indian Premier League Live Score . Like us on Facebook or follow us on Twitter for more sports updates. You can also download the NDTV Cricket app for Android or iOS.