England vs India: Mayank Agarwal Ruled Out Of First Test Against England Due To Concussion

England vs India: India opener Mayank Agarwal was ruled out of the first Test against England due to concussion after he was hit on the helmet by a Mohammed Siraj short ball in nets on Monday. 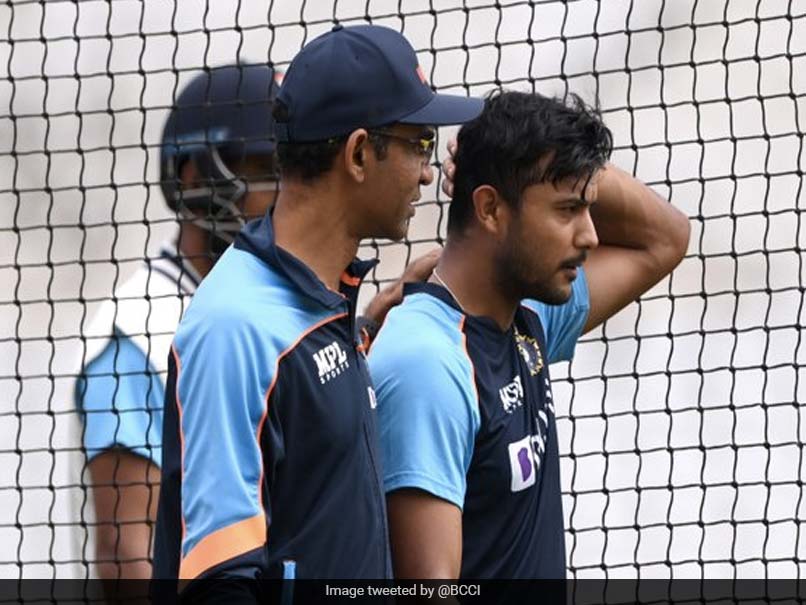 ENG vs IND: Mayank Agarwal was hit on the head while practising in the nets in England.© AFP

India opening batsman Mayank Agarwal has been ruled out of the first Test against England due to concussion. Agarwal was hit on the helmet by a short ball from teammate Mohammed Siraj while practising in the nets on Monday. "Opening batsman Mayank Agarwal was hit on the helmet while batting during India's nets session at Trent Bridge in Nottingham on Monday," the Board of Control for Cricket in India (BCCI) said in a statement today. "The BCCI Medical Team assessed him, and a concussion test was conducted. He has shown signs of concussion and is ruled out of the opening Test against England. The 30-year-old is stable and will remain under close medical observation."

The first Test between England and India begins on August 4 in Nottingham. Agarwal was likely to partner Rohit Sharma as opener in the Indian XI in the Tests.

This incident comes even as India have already lost an opening batsman in Shubman Gill, who was ruled out of the tour due to a shin injury.

Leading up to the five-Test series, Virat Kohli and team have been hit by injuries and COVID-19 cases at different points.

While Gill, Avesh Khan and Washington Sundar have all been ruled out of the tour due to injuries, wicket-keeper batsman Rishabh Pant had tested positive for COVID-19.

Pant subsequently recovered from the virus and joined the team.

India arrived in England ahead of the World Test Championship final in June. They lost the final to New Zealand and since then have been stationed in England.

The Indians played a Select County XI in a warm-up match in Durham in the lead up to the series.

The remaining Tests will be played at Lord's, Headingley, The Oval and Old Trafford.

India Cricket Team Mayank Agarwal Mohammed Siraj England vs India, 2021 Cricket
Get the latest updates on ICC T20 Worldcup 2022 and CWG 2022 check out the Schedule, Live Score and Medals Tally. Like us on Facebook or follow us on Twitter for more sports updates. You can also download the NDTV Cricket app for Android or iOS.