England vs India: Mohammed Siraj was the wrecker-in-chief with the ball as India bowled out England for 120 to win the second Test by 151 runs on Monday. 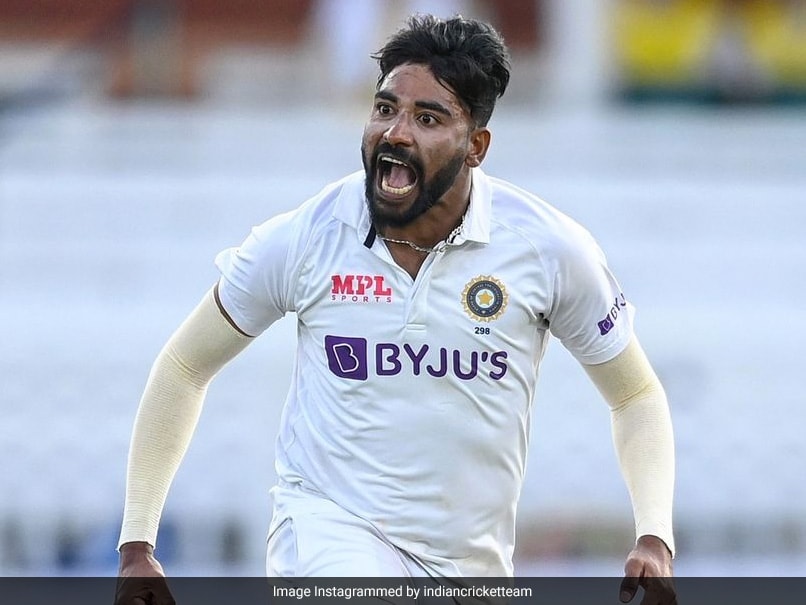 India defeated England by 151 runs in the second Testmatch at the iconic Lord's cricket ground to go 1-0 up in the five-match series on Monday. Fast bowler Mohammed Siraj was the wrecker-in-chief on the final day as his four wickets in the second innings gave India the series lead. With just nine overs left in the day, the 27-year-old knocked over Jos Buttler and James Anderson in the same over to script a memorable win for the visitors. After the match, Siraj took to Instagram to share a few pics from the thrilling contest and applauded the team's effort. "MAGIC is believing in yourself. If you can make that happen, you can make anything happen What a win, total team effort," Siraj captioned the images.

While fans hailed Siraj's match-winning performance, he received a special mention from Bollywood actor Ranveer Singh, who called the pacer a "phenom". 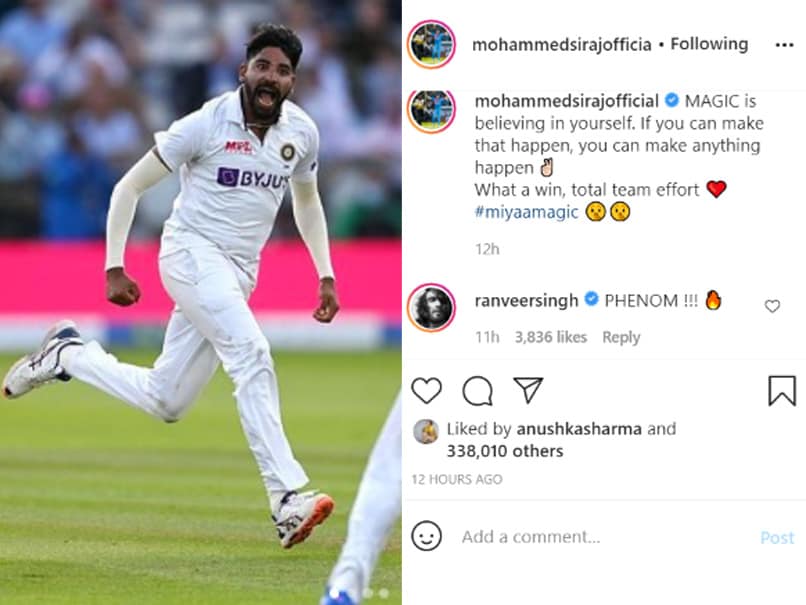 In the match, Siraj picked up four wickets in both the innings of the 2nd Test, providing crucial breakthroughs at India's time of need.

India, after being sent into bat by England captain Joe Root, put on 364 runs on the board in their first innings thanks to handy contributions from KL Rahul (129), Rohit Sharma (83) and Virat Kohli (42).

In reply, England managed to take a 27-run lead as Joe Root played a fine knock of 180 not out.

On Day 5, India were in a spot of bother at 209 for eight but Mohammed Shami and Jasprit Bumrah emerged as the surprise heroes with the bat, putting on an unbeaten 89-run stand to help India set England a target of 270.

Indian bowlers were relentless with their line and lengths as England crumbled under pressure and were eventually bowled out for 120.

Lord's, London Cricket
Get the latest updates on ICC T20 Worldcup 2022 and CWG 2022 check out the Schedule, Live Score and Medals Tally. Like us on Facebook or follow us on Twitter for more sports updates. You can also download the NDTV Cricket app for Android or iOS.