Virat Kohli is currently the highest run-getter in the series with 544 runs under his belt. 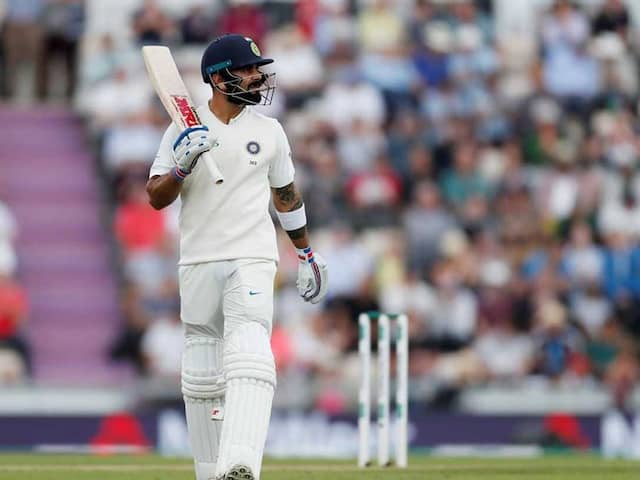 Virat Kohli has been in a sublime form in the Test series against England.© AFP

Virat Kohli has been in sublime touch in the ongoing five-match Test series against England. Despite England winning the series by taking an unassailable 3-1 lead, Virat Kohli has hogged the limelight with his batting. The Indian captain is currently the highest run-getter in the series with 544 runs under his belt, including two centuries and three fifties. England's win in Southampton has made the fifth and final Test a mere formality. However, that has not stopped former England batsman Kevin Pietersen from making his way to The Oval. He is not going there to cheer for the hosts as many would expect but to watch "the best in this era" do what he does best --  score runs.

England at the start of Day 2 were 198 for seven and it's more than likely that Kohli will get to bat on Saturday and Pietersen had a special request for the Indian skipper.

"On my way to The Oval & I'm requesting a clinic from @imVkohli please?
Thanks, bro! There isn't anything better than watching the best in this era doing his thing!," read Peitersen's Tweet.

On my way to The Oval & I'm requesting a clinic from @imVkohli please?
Thanks, bro!

There isn't anything better than watching the best in this era doing his thing!

On the opening day of the fifth and the final Test, pacer Ishant Sharma struck thrice to lead India's sensational fightback as the visitors reduced England to 198 for 7 at stumps after Alastair Cook hit a memorable half-century in his career's final match.

Ishant (3/28) picked up three wickets, while Jasprit Bumrah (2/41) and Ravindra Jadeja (2/57) struck twice each to trigger England's collapse in the final session of the opening day.

The 33-year-old Cook, who will retire from international cricket after this Test, produced a 190-ball 71-run innings to give England a good start before the hosts lost six wickets for 58 runs post tea to collapse from 133-1 to 181-7.

Kevin Pietersen England vs India, 2018 Cricket England vs India, 5th Test
Get the latest Cricket news, check out the India cricket schedule, Cricket live score . Like us on Facebook or follow us on Twitter for more sports updates. You can also download the NDTV Cricket app for Android or iOS.